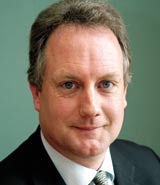 BSkyB is to have its three main sites – Sky.com, Sky News Online and Skysports.com – audited monthly by ABC Electronic, in a major coup for supporters of the regular measurement of Web traffic.

The digital satellite television giant is only the second media company to sign up to monthly Web traffic audits: the first was Guardian Media Group, which has been publishing monthly reports for some years.

ABC Electronic managing director Richard Foan says the deal is a significant milestone in the drive to persuade electronic media owners to sign up to regular measurement of online traffic to agreed standards. Foan adds: “BSkyB is sending a clear message to the online community that reporting its traffic figures to industry-agreed standards is vitally important in supporting its online business model.”

BSkyB head of sales Scott Deutrom says that BSkyB has been working with ABC Electronic since 1998: “We recognise the importance of supporting industry standards and delivering third party-audited data to help promote the internet as an effective and accountable marketing communications channel.”

ABC Electronic, set up in 1996, is a subsidiary of the Audit Bureau of Circulations (ABC), the body that audits newspaper and magazine circulation figures in the UK. ABC is owned and run by representatives of the advertising industry, media owners and client companies. ABC Electronic’s operations are controlled by Jicwebs, the Joint Industry Committee for Web Standards, which is run by the ABC and representatives of the online industry, including the Interactive Advertising Bureau.