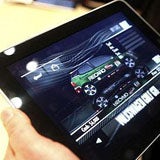 The new data is available alongside ABC’s Web Traffic Certificate and within the auditor’s Group Product Report.

Richard Foan, ABC’s group executive director of communication and innovation, said, “The pace of the digital world is reflected in our continuous innovation, including bringing new channels into our certification process. This will enable media owners to highlight the growth of their smart device apps while allowing advertisers to gauge their popularity and measure client campaigns accordingly.”

The new certificate is authourised by the Joint Industry Committee for Web Standards (JICWEBS), which represents the interests of multiple trade bodies including the AOP, IPA and ISBA.