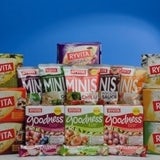 Associated British Foods (ABF) has appointed its first roster of below-the-line agencies to handle projects across its brands portfolio.

It is thought that the appointment of the roster suggests that the company is planning to move a significant part of its &£18m above-the-line spend into new areas. It has only used digital and direct work on a limited basis so far. It spent only &£200,000 (Nielsen Media Research) on below-the-line projects last year.

It had previously worked with a number of creative digital agencies to create websites for its larger brands.

The company has confirmed the appointment of the roster, but declined to comment on which specific projects the agencies would be working on.