The “Transform Today” brand platform launches today (9 September) with TV, print and online advertising to introduce four artists (see below) the brand claims “craft their work by changing things, challenging conventions and recreating themselves in order to become something more”.

The ethos will be pushed through upcoming collaborations between the artists and Absolut fans on projects ranging from creating outdoor installations to producing music tracks that best represents how they would “Transform Today”. Additionally, each of the four creatives will work on specially commissioned projects in the coming months as well as front social media and ECRM activity.

Previous efforts from Absolut have opted to focus on campaign collaborations with well-known artists such as Andy Warhol, Louise Bourgeois and Damien Hirst. The vodka brand says the strategy continues its long-standing tradition of working with “cutting-edge artists”, but will “do things differently” and with “higher ambitions” for connecting with global drinkers.

The initiative bares similarities to rival vodka Smirnoff’s ‘Nightlife’ project, which launched in 2010 to source consumer-generated ideas for experiential campaigns.

Absolut’s marketing shift is underpinned by a change in how it works with its agencies. The vodka brand is pushing for a model whereby it works with several agencies rather than one in order to run more diverse campaigns, but still united by the umbrella “Transform Today” strategy. As part of the changes, Absolut revamped its entire range of flavoured vodkas last month, a move Pernod Ricard described at the time as “our biggest and most transformative design project ever”.

The drinks maker expects the revamp to translate into long term sales for the brand, which have been in rude health despite continuing declines across the alcohol sector in its mature markets. Absolut was one of three brands Pernod Ricard credited with stemming losses in Western Europe, which declined 3 per cent year-on-year for the year to 30 June. 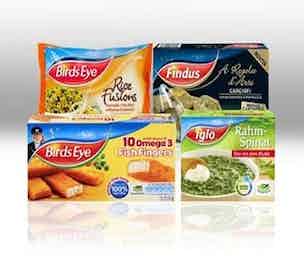 Iglo Group is to spend the bulk of its €100m (£83m) marketing budget on initiatives designed to make its Birds Eye, Findus and Iglo brands more appealing to adult diners. 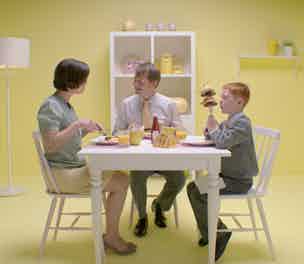 Intercontinental Hotels Group (IHG) is launching the first UK television advertisement for Holiday Inn Express to raise awareness of the added value services that differentiate the brand in the crowded mid-priced hotel market.