After a week of voting across four gruelling rounds, Marketing Week readers have voted ‘Abusers always work from home’ by the National Centre for Domestic Violence as the best campaign of 2020.

The campaign, which highlighted how lockdown was putting victims of domestic violence at even greater risk, won with a whopping 81% of the vote, knocking KFC’s ‘KFC is back’ into second place.

Both beat off tough competition from brands including Budweiser, Ikea, Just Eat and Tesco, with the National Centre for Domestic Violence ultimately taking home the coveted prize.

During the spring lockdown abuse rose by 49%, at the same time as safe spaces for survivors shut down nationwide.

Developed by Wunderman Thompson UK, the message from the National Centre for Domestic Violence contrasts the novelty of working from home with the stark fact that, for abusers, the home has always been the space where they operate.

An outdoor campaign was supported by a video mimicking the user-generated content of lockdown that portrayed a seemingly happy family living under the shadow of abuse.

While the mum, dad and children get involved in ‘Clap for Carers’, stick pictures of rainbows in their windows and Skype their family, violence lingers like a shadow. The façade breaks down as the father chases the mother upstairs, who locks herself in the bathroom and tries to comfort the children with promises that everything is going to be ok.

Filmed remotely with actors during lockdown and directed by an all-female creative team, the campaign features a voiceover from Vicky McClure, who last year starred as a woman living in a controlling relationship in Channel 4’s I Am Nicola. To help get the message out still further, outdoor media owners JCDecaux and Clear Channel donated free ad space for the out-of-home campaign.

CEO of the National Centre for Domestic Violence, Mark Groves, said support for the campaign had been “amazing”. The organisation flipped the everyday notion of working from home on its head to show that for some people home is not a place of safety, emphasising the message that domestic abuse is socially unacceptable both in and out of lockdown. 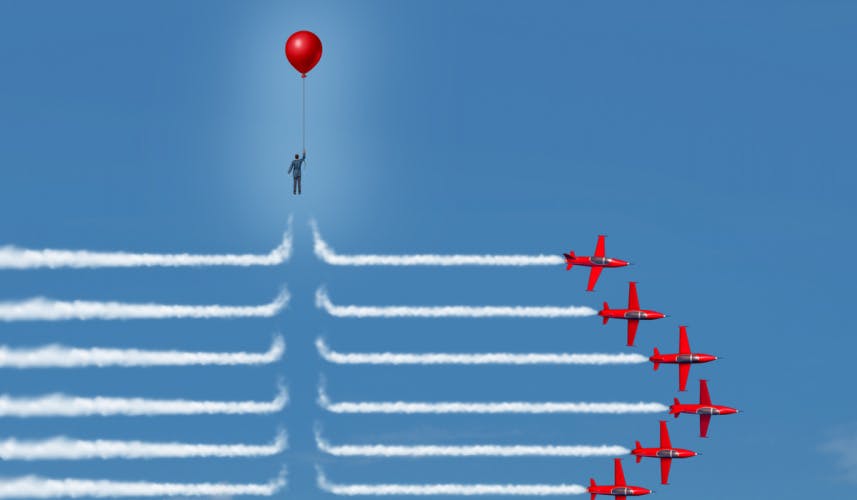 In a turbulent year for the marketing industry, and the world, we look at the people and brands that have been driving change.