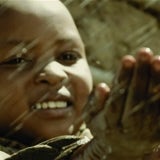 ActionAid is “moving away from traditional charity advertising” in its latest direct response television campaign by focusing on the benefits of, rather than the need for, donations.

The charity says the “Unforgettable Moments” campaign, developed by OgilvyOne, is a “step change” for its marketing strategy.

The campaign aims to attract more child sponsors in the UK to support communities in the Third World by drawing on universal experiences that both supporters and recipient can relate to.

ActionAid aimed to turn formulaic, “needy” and “uninspiring” charity marketing on its head and “engage in a more meaningful way” by concentrating on the joy that giving brings rather than the material needs.

Richard Turner, director of fundraising at ActionAid says the campaign reflects how the charity really works by demonstrating how rewarding supporting a child is for the local community.