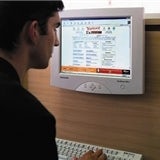 Advertising agencies are failing to keep up with their clients when it comes to digital media, and risk losing influence and their share of budgets as a result, according to a new survey.

Of the 85 companies surveyed by agency intermediary The Haystack Group, 65% said their advertising agencies were not delivering what they expected in digital media and just 4% said their agencies are keeping up with developments in digital media. At the same time 95% say digital activity is more important to their business today than it was two years ago.

“Advertising agencies now appear out of touch with the new consumer, because they are lazy and stuck in their ways,” said one company surveyed.

The main firms to take advantage of this dissatisfaction are media and specialist digital agencies, according to Haystack Group managing director Suki Thompson. The majority of companies agreed, with 76% of them saying that specialists were the most appropriate suppliers to use.

Thompson says: “Every advertising agency says it is investing in this space, but there is a difference between investing in it and believing that it is as important as what they do already. The big wins are coming from specialists and media agencies.”