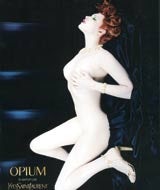 Last winter, trade and industry secretary Patricia Hewitt fuelled the age-old row over sexist advertising when she branded a poster for Birmingham’s Motor Show as “pathetic”. The ad depicted a young woman wearing a lacy bra and carried the strapline: “The other way to your man’s heart is down the M6”.

Hewitt slammed the ad, calling it: “Hopelessly out of date. Just confirming the old stereotype. Pathetic.”

Hewitt has now found an ally in European Commissioner for Employment and Social Affairs Anna Diamantopoulou, who is proposing a clampdown on advertising that is sexist and perpetuates gender stereotypes, on the grounds that it is demeaning to human dignity. But a move to outlaw gender discrimination in advertising could have repercussions beyond advertising itself – it could effectively stop insurance companies from using gender as the basis for calculating premiums or pension annuity rates (MW last week).

Though the proposal is still only an EU internal draft, opposition is already gathering pace. Critics say that the proposed legislation will restrict creativity and ingenuity in advertising and marketing campaigns, leading to a “sterilised society”. Industry experts also say that the proposal is unlikely to standardise attitudes of taste and decency across the single market, because of stark cultural variation between European countries.

The European Advertising Standards Alliance (EASA) points to the controversial ad for Yves Saint Laurent’s Opium, showing a naked Sophie Dahl. The ad attracted almost 1,000 complaints in the UK, making it the most complained-about ad since 1995. When the campaign ran in France, it did not attract a single complaint.

According to EASA, last year only 6.4 per cent of total complaints about ads in Europe related to the portrayal of women.

But it is thought that Diamantopoulou’s proposal is not only likely to hit advertisers that use bare bottoms and breasts to push their products, but also those that play on the “traditional” roles of males and females. Procter &amp; Gamble’s old Fairy campaign with Nanette Newman, or the Oxo family ads with mum in the kitchen wearing an apron, fall into this latter category.

Mustoes chief executive Nick Mustoe questions whether there should be legislation controlling commercial media. He says: “Self-regulation works in a very effective manner.”

The Advertising Standards Authority recently banned a poster advertisement for sex shop chain Ann Summers that featured a woman’s torso, hands handcuffed behind her back. It carried the strapline: “Lancashire hotbot… for fashion and passion whip along to your local store.”

It is one of a number of ads that have been criticised for their use of sexual stereotypes. A recent campaign for NestlÃ© Rowntree’s Yorkie bar resulted in 97 complaints to the ASA, alleging that it reinforced sexist attitudes towards women (MW May 8). One of the ads used the strapline: “Girls, save your money for driving lessons”. However, the ASA ruled that the complaints were not justified.

The possible implications of the proposed EU legislation have got insurers up in arms. The proposal would force insurance companies to offer equal rates for pension annuities and car insurance to both men and women, over-riding the actuarial data used to calculate risk. This would have a severe effect on businesses such as Admiral Insurance-owned Diamond Insurance, which specialises in offering cheaper car insurance to women.

The Association of British Insurers has written to Diamantopoulou, expressing the need for a public debate on the proposal before it is presented as formal EU draft legislation.

Advertisers in general have declined to comment on the matter, feeling that the proposal is still in its nascent stage. A spokeswoman for one packaged goods brand owner says: “I’m quite sceptical about whether this proposal will ever see the light of day. Both advertisers and the advertising industry are actively exercising responsibility and changing with the times, and there is no need for a European ‘Big Brother’ to oversee them.”

Diamantopoulou’s spokeswoman says that the proposal is likely to be published as a consultation paper later this summer. It will need the approval of 20 other commissioners before being put forward as draft legislation. This week, Diamantopoulou sent an open letter to a national newspaper, expressing her intentions: “Gender discrimination is abhorrent in any form; the political case for acting against it is an open and shut one. The economic case for retaining the status quo where discrimination exists is clearly inadmissible. The legal dimension is complex and I am determined to pursue it to its conclusion.”

This is not the first time the ad industry has come under fire for promoting gender stereotypes. By definition, a stereotype is an idea grown stale through constant use. By relying on stereotypes, advertisers could well find that they drive away consumers – and that would surely be the most effective way to stop them.