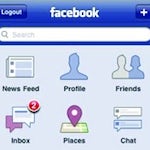 Industry bodies the Direct Marketing Association (DMA), Internet Advertising Bureau (IAB) and Institute of Practitioners in Advertising (IPA) are launching initiatives to guide advertisers keen to invest in the sector, worth $1.8bn (£1.1bn) by 2015, according to analyst company ABI Research.

The moves follow Facebook’s UK launch of its location-based platform Facebook Places earlier this month and the growth of platforms including Foursquare, Gowalla and Vouchercloud.

They also come as mobile payments using near-field communications technology (NFC) from companies such as Orange and BarclayCard are prepared for launch before the end of the year – a potential catalyst for NFC as a marketing channel.

However, fear among consumers that sharing their location amounts to a loss of privacy is the biggest obstacle the ad industry has to overcome, according to industry experts.

CAP guidelines about location-based advertising are unclear to marketers eager to take advantage of the potential opportunities, so the drive to update the guidelines is an attempt to ward-off regulation.

The DMA Mobile Council is in consultation with brands such as the COI, Future Publishing, Marks & Spencer and Orange to address concerns about location-based targeting and develop a code of conduct for prospective advertisers.

It’s expected to present a revised version of its MobileSafe guidelines for approval by its membership by the close of the year.

Mark Brill, CEO of text marketing specialist Formation and chair of the DMA Mobile Council, said, “Location-based services have major privacy concerns and it’s important that brands are sensitive to them. Pick up any tabloid newspaper and it’ll have a piece about how big an invasion of privacy Facebook Places is.”

The new DMA guidelines are aimed at increasing trust between brands and consumers regarding sharing of location information, added Brill.

Sienne Veit, mobile commerce development manager at M&S and a DMA Mobile Council member, agreed that brands are tentative about how they should use location-based services. “We’d like to target around location and want to address issues that are unclear, such as targeting people who haven’t initiated contact by visiting our mobile site, for example,” she said.

The IAB has launched a research study aimed at media planners, which demonstrates mobile users’ attitudes towards location-based services. Jonathan Mew, head of mobile at the IAB, said, “We’re trying to help brands understand that consumers are prepared to share their location provided they’re getting something of value in return.”

The findings, compiled by the IAB and FlyResearch, show that locating a store was the third most popular reason for using a mobile site.

The survey demonstrated that 70% of the 821 respondents reported the information they received was more relevant because they shared their location. It also found that 64% said location sharing made their lives easier, with 65% reporting it helped them get the information they needed more quickly.

The IPA is also moving to promote awareness of the potential pitfalls of location-based advertising among its members. Nigel Gwilliam, head of digital at the IPA, said media planners have to be aware of best-practice guidelines for location-based services if they’re to use mobile effectively.

“The future of mobile marketing will have a significant location-based element to it, because it’s the unique feature it can offer advertisers,” he said. “Google says that a third of all mobile searches have a geographical element to them.”

Gwilliam added that the challenge facing all advertisers was balancing innovation with respecting people’s privacy. “It’s a time for testing, but you have to be very careful just how you do it,” he said.

Everything Everywhere, the newly created mobile phone network that combines brands Orange and T Mobile, is axing 11 posts from its joint brand team as it makes 1200 redundancies. 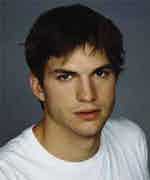