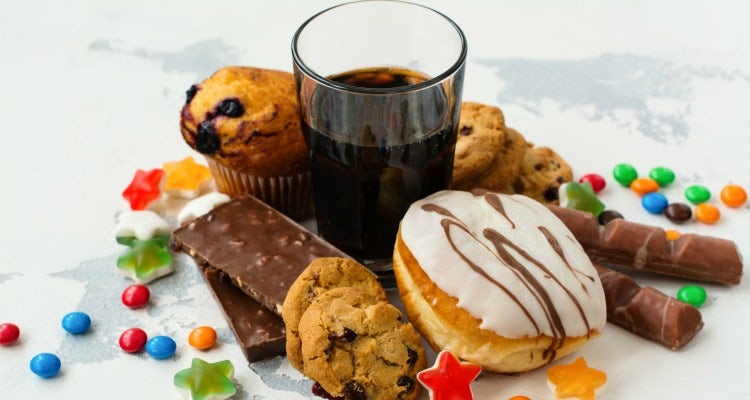 The government’s childhood obesity strategy, published today (25 June), pledges to ban price promotions on unhealthy food and introduce an advertising watershed in a move that could “fundamentally change” the food and drink and ad industries.

The Food and Drink Federation’s corporate affairs director Tim Rycroft describes a “deep-seated anxiety” around the proposed regulations. He tells Marketing Week: “There are three things that I feel right now. Firstly, surprise and frustration that after the introduction of what was deemed successful measures we are now facing more regulation. Secondly, I’m pleased about encouraging activity in schools; and finally a deep-seated sense of anxiety around promotional restrictions and advertising restrictions.”

READ MORE: Brands must tackle obesity now or be seen as a straggler later

The government is looking to ban certain in-store promotions, specifically end-of-aisle and buy one-get-one-free to tackle ‘pester power’. It cites a study that shows 70% of parents purchased at least one food item requested by a child during a shopping trip.

Rycroft is clear: “There is a danger that it could fundamentally change the way the food and drink market operates. The promotions allow new variants to be brought to shoppers attention and challenger brands to find space on shelf and get in front of the consumer.

“It could also potentially undermine the work we’re doing on reformulation because if we can’t signpost new healthier options how are we going to get consumers to adopt them?”

The government also warned there will be a review of online advertising regulation to see whether self-regulation is appropriate. Currently the Committee of Advertising Practice, which works alongside the Advertising Standards Authority (ASA), creates the rules.

Rycroft says: “It’s a surprise to see that this morning because I’m not aware that there’s ever been significant criticism of CAP’ it seems to me it’s been a very well-established and effective self-regulatory mechanism and don’t think there’s anything to support the case of changing it.”

The UK currently has some of the toughest rules around the advertising of food high in fat, salt and sugar in the world, with food and drink companies unable to target under-16s online.

The childhood obesity strategy has been the culmination of public campaigns by Cancer Research and Jamie Oliver on advertising and has been much-anticipated by the industry, however, neither side are satisfied.

Despite optimism from campaign groups there is frustration at the lack of immediate action. Kawther Hashem, spokesperson for pressure group Action on Sugar, says: “There are areas that could have seen straight action. For example, it seems unnecessary to consult on energy drinks when we need an immediate ban. Most retailers already don’t sell them to under-16s and it seems odd given that the [Department for Health] acknowledged energy drinks link to a catalogue of health issues.”

The proposed watershed for HFSS products has been on the cards for some time, with the government now promising a decision by the end of 2018.

Advertising Association chief executive Stephen Woodford tells Marketing Week: “The watershed will have an impact on commercial broadcasters such as ITV and Channel 5, that have a public service remit.  We want a healthy media where advertising has an important role. If revenue goes down it will have an impact on programming, the quality of the schedules they can produce and ultimately this will impact audiences.”

James Barge, ISBA’s director of public affairs, went further describing the watershed as a “blunt instrument”. He adds: “ ISBA support both the shared aim of reducing childhood obesity levels and the need for a holistic and multi-dimensional response. There is no silver bullet. As such, whilst we oppose the blunt instrument of a 9pm watershed we will, as an evidence-led industry, support steps which can be proven to proportionately reduce children’s exposure to HFSS advertising.”

Positive signs for the ad industry

However, there are encouraging signs for the ad industry with the new strategy focusing on a host of anti-obesity measures that signal a step away from the government’s first obesity consultation, which many in the industry accused of scapegoating the ad industry.

Woodford says he is pleased the government is now taking a holistic approach to tackling obesity. He adds: “We were pleased to see that it was quite broad ranging. It felt a bit like it was a one-trick pony and focused just on those things (HFFS and watershed) which we know from previous research only has marginal impact at best so we were pleased to see a broad ranging set of ambitions.”

The government is also proposing support for initiatives such as the Daily Mile – which encourages children to run or jog a mile every day – and more help for local authorities, which should have positive impacts on kids’ health.

Out-of-home dining will also be affected, with the government proposing to introduce calorie labelling on all menus and a ban on unlimited refills – both of which could hit the struggling casual dining industry.

The government is introducing 12-week consultations on each of the key areas that will include stakeholders from both sides. But there is wariness from both ends.

Hashem adds: “This is the step in the right direction and really acknowledges the areas that have been criticised in marketing and promotions but of course as it’s only consultations there is still a risk this won’t go through.”