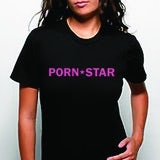 The ad industry had feared that the report, authored by Mother’s Union chief executive Reg Bailey, would call for statutory regulation of marketing to curb what campaigners describe as the commercialisation of childhood.

It is understood, however, that the report will not insist on sweeping changes to the current setup, which sees the Advertising Standards Authority rule on ad codes set by the Committee of Advertising Practice.

Bailey will instead call for a crackdown on retailers selling inappropriate clothing to children and the portrayal of kids in the media.

A review was called for by the Department for Education in December following the Government’s vow to tackle the issue set out in the coalition agreement.

Both Nick Clegg and David Cameron have been vocal in condemning “irresponsible” marketing before and since taking office.

It is understood that Bailey pulled away from recommending more stringent controls on advertising after meeting with ASA executives and hearing evidence from the Advertising Association.

Despite escaping criticism, the AA has moved to setup a panel made up of “experts” – advertisers, media owners and academics” that will aim to ensure, for example, that rules aimed at protecting children from irresponsible ads and peer to peer marketing online are robust.

The AA is hoping that the panel will receive the backing of the DfE and Bailey. A chair will be announced shortly.

A spokesman for the Department for Education would not speculate on the content of the review. “We look forward to receiving the report”, he adds.