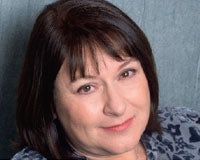 The advertising industry is set to speak out against the “anti-advertising sentiment” at this year’s Incorporated Society of British Advertisers’ annual conference.

The conference, on February 28, will feature three special sessions, the first of which is called “Advertising under siege: It’s not right, but it’s real, so what now?”

ISBA director general Mike Hughes says: “Our industry is under greater threat than ever before. Hostile, misinformed views on advertising are creating a negative image. We are a risk from draconian restrictions on what marketers are allowed to say and what consumers are allowed to see and hear.”

Tess Alps (pictured), chief executive of Thinkbox says: “Advertising is a huge contributor to both our cultural and economic life and we want to help ISBA fight the misinformed tide of criticism that is continuously levelled at our industry.”

Two other conference sessions will look at consumers and convergent media and also sustainability: the marketing imperatives.

ITV is plotting a relaunch of its interactive TV services including video-on-demand and advertiser hubs. It is understood that the broadcaster has provisionally named the service ITV24/7. It is understood that ITV is keen to increase its service but also plans to create a permanent hub similar to its online presence. The broadcaster already has […]

The AA has accused the Government of leading motorists down “blind alleys” by “chopping and changing” its policy on alternative fuels and environmentally friendly vehicles.