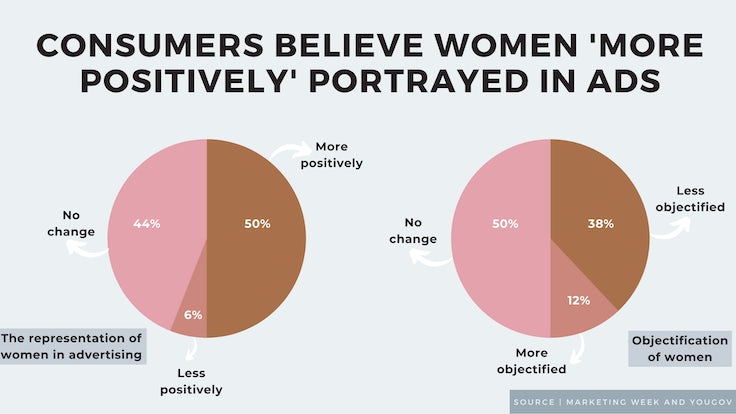 When it comes to the objectification of women, 38% of British consumers believe women are less objectified than five years ago and 12% believe they are more objectified.

READ MORE: Have brands got to grips with how to portray women in ads? 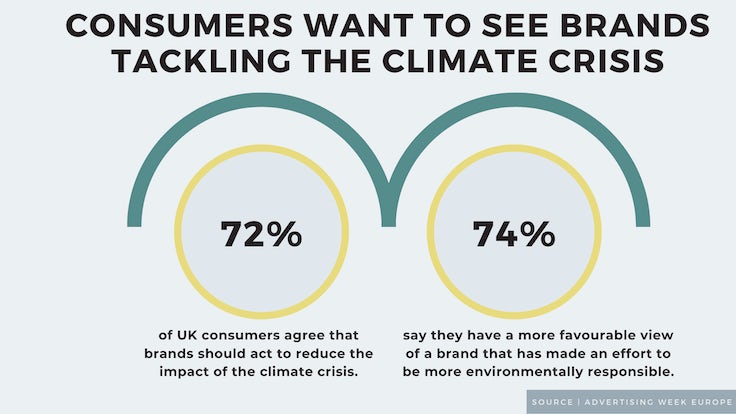 Almost three-quarters (72%) of UK consumers agree that brands should act to reduce the impact of the climate crisis, while 74% say they have a more favourable view of a brand that has made an effort to be more environmentally responsible.

Some 66% of Britons want to see brands using less plastic and packaging, while 61% want them to reduce company emissions.

Almost a third (60%) believe brands have a bigger responsibility than religious leaders, celebrites, charities and the general public when it comes to influencing cultural and societal changes. The government is thought to be most responsible for tackling the climate crisis, cited by 35% of those questioned, ahead of international organisations (such as the UN) on 14% and brands on 12%.

A third of consumers want more than points for their loyalty 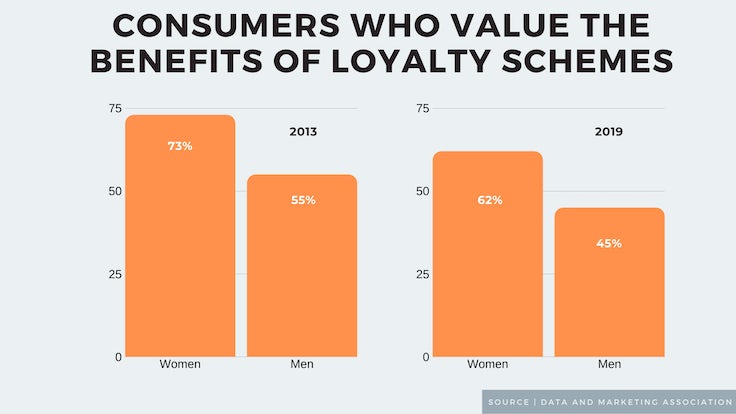 A third of customers (34%) want more than points for their loyalty, demanding that brands offer tailored and alternative benefits.

Consumers also perceive less value from loyalty programmes, with just 62% of women and 45% saying they really value the benefits they get from loyalty cards, down from 73% and 55% respectively in 2013. 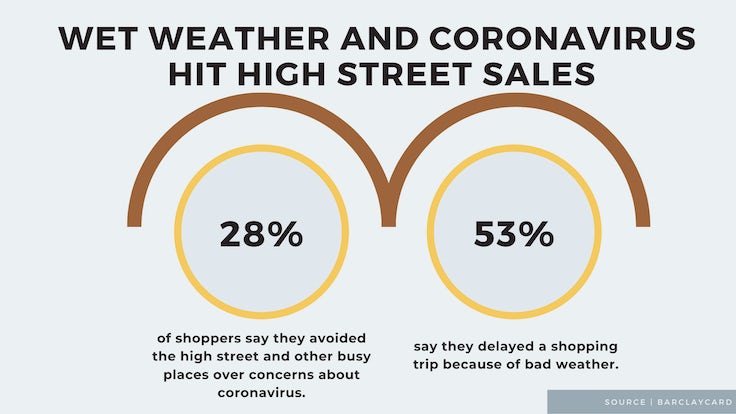 UK retail sales fell by 0.4% year on year on a like-for-like basis in February as wet weather and concerns about the coronavirus impact consumer spending.

More than a quarter (28%) of shoppers say they avoided the high street and other busy places over concerns about coronavirus. And more than half say they delayed a shopping trip because of bad weather.

Overall, consumer spending was up 2.2% last month. Spending on digital entertainment and subscriptions was up 12.4% year on year, with takeaway and fast food sales increasing 8.7%. Restaurant spending fell 6.4% 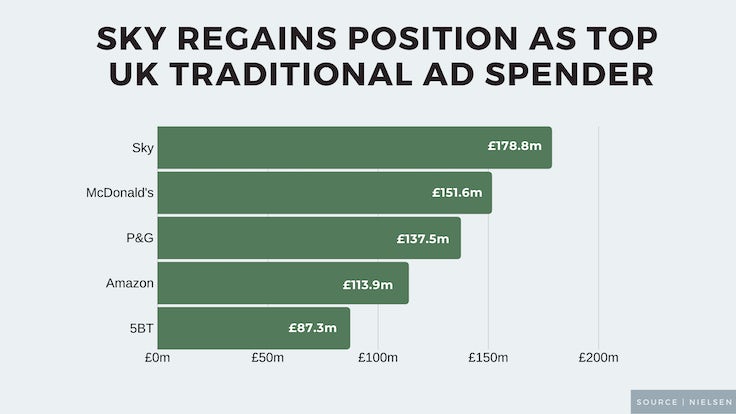 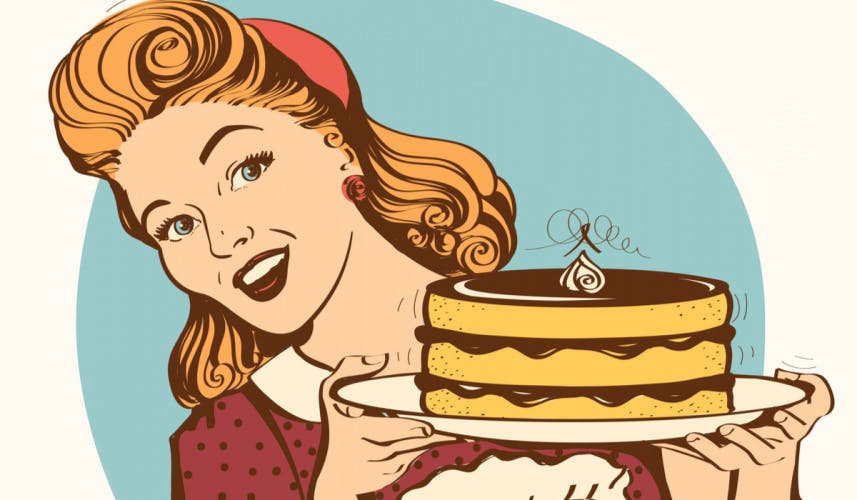 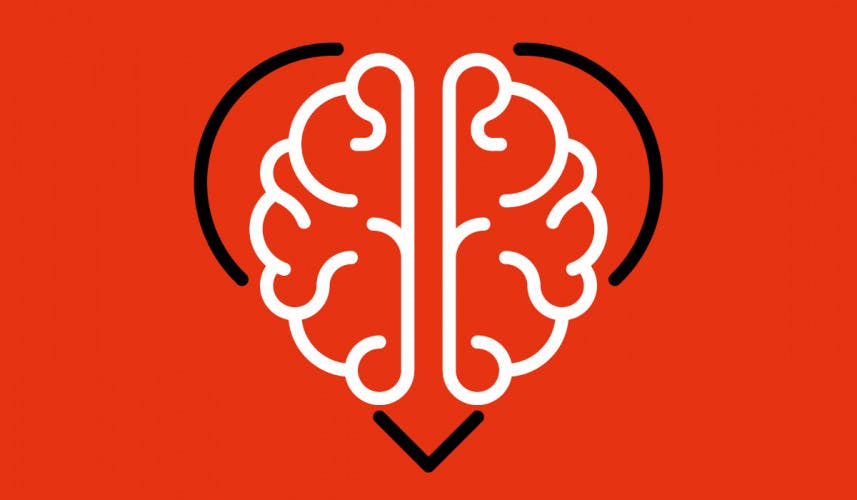 B2B marketers stand to reap serious gains if they are prepared to put their energy and focus into creativity and long-term brand building.

Both brands admit they have learned the hard way that not involving in-house teams with pitch processes can create a “negative environment” internally.