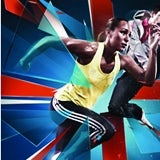 Speaking to Marketing Week at a media event in London, Herbert Hainer, Adidas Group CEO, says the brand’s visibility in London around the 2012 Games is key to usurping its rival because previously the brand has had a northern skew in the UK.

Adidas is currently the second largest sports brand in the UK and has a 15% share of the £4bn market. Nike holds an 18% share, thanks in part to its dominance in the capital.

“The Olympics is a springboard for our plan to take UK leadership by 2015. Nike has always been first with major cities but that trend is shifting in our favour and we have the momentum and the Games to help us grain control,” says Hainer.

Adidas also believes that it is the “most relevant” Olympic sponsor to fulfil LOCOG’s pledge of creating a legacy and encouraging people to get involved in sport.

As part of its contribution to increase sports participation, Adidas hopes to have opened more than 100 of its outdoor AdiZone sport facilities before the Games. It has already opened 50 of the free to use football, basketball, tennis and gym areas around the UK.

The brand also hopes that its AdiZones will help to ensure that desire for the brand remains after the Games.

Hainer said it was too early to talk about specific marketing plans but divulged that its global communications in the run up to the Games would be linked to its London 2012 sponsorship. Adidas will also spend more on digital than it previously has and will use digital and social media to activate its London 2012 sponsorship in the next 15 months.

He also conceded that the German company has yet to decide whether it will be a sponsor of the 2018 Winter Olympics, which may be held in Munich.