The strategies for success behind the best global brands

Interbrand marked the 20th anniversary of its annual Best Global Brands valuation report by comparing the current top 10 with their first rundown from two decades ago. No surprise that big tech dominates this year’s list (Apple, Google, Amazon and Microsoft hogging the top four, in that order), but there are plenty of stories to pick out and ponder when comparing the year 2000 results.

Where, for instance, did it all go wrong for Nokia (sitting pretty in fifth place at the turn of the century, but quickly dropping away in the intervening years)? And how have Disney, Coca-Cola and Mastercard managed to sustain such impressive figures in a fast-changing consumer and communications landscape?

The people at Interbrand say it all comes down to two central factors: relevance and response. And the brand that has been most impressive at placing these key elements at the core of their approach is Gucci, once positioned as rather faded purveyors of an old school glamour, but now re-energised and busily creating a highly desirable world for a younger, influential customer base to connect with and aspire to. 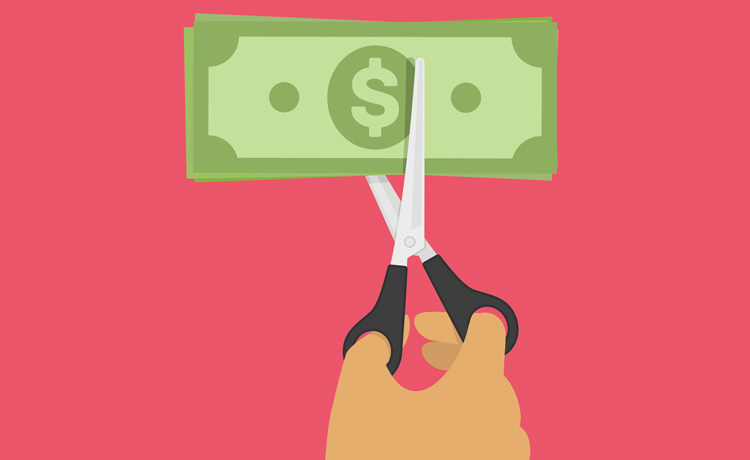 Brexit. The economy. Consumer confidence. These are the three issues weighing on business leaders minds as the UK gallops full speed toward a vote on a deal with the EU.

Amid this political landscape, it is no wonder companies got cold feet about investing. And marketing is not immune to this. The latest quarterly Bellwether report from the IPA shows a drop in marketing budgets in the third quarter for the first time in seven years, with a net balance of 0.5% of marketers revising their investment down.

Job prospects were also the lowest they have been since the IPA began asking marketers the question in 2016. A net balance of just 1.4% of marketers expect overall employment to be higher in three months’ time compared to now.

There’s no doubt political and economic uncertainty are forcing companies to be short-term. But that’s a big risk when it can have such a negative impact on long-term growth. Those companies that continue to invest in marketing, brand building and growth will reap the rewards as others recede to focus on maintaining margins.

Adidas admits it over-invested in digital 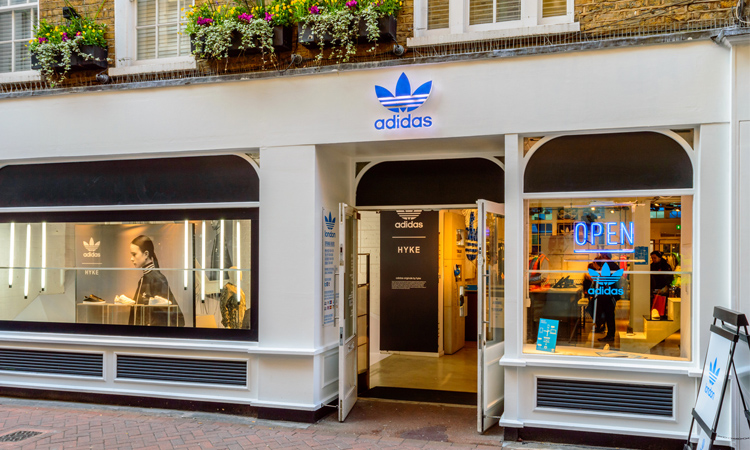 It is just over 2.5 years since Adidas CEO Kasper Rorsted said his company was going all-in on digital. Speaking to CNBC, he said: “Digital engagement is key for us; you don’t see any TV advertising anymore. All of our engagement with the consumer is through digital media.”

Marketing Week columnist Mark Ritson wrote at the time about the error of failing to be media neutral. And it would seem he was right.

The company’s global media director, Simon Peel, has admitted the company’s focus on efficiency rather than effectiveness led it to over-focus on ROI and over-invest in performance and digital at the expense of brand building. It also believed only digital media could promote ecommerce sales, something it has since found not to be true.

The shift at Adidas shows the importance of making decisions on which channels to invest in, and performance versus brands, with all the information to hand. At Adidas, that has involved bringing in attribution modelling and econometrics, and shifting mindsets from short-term sales to long-term growth.

If Adidas is making these mistakes, there must be hundreds of other brands out there doing the same. Make sure you are not one of them!

F&F tries to get into more Tesco baskets 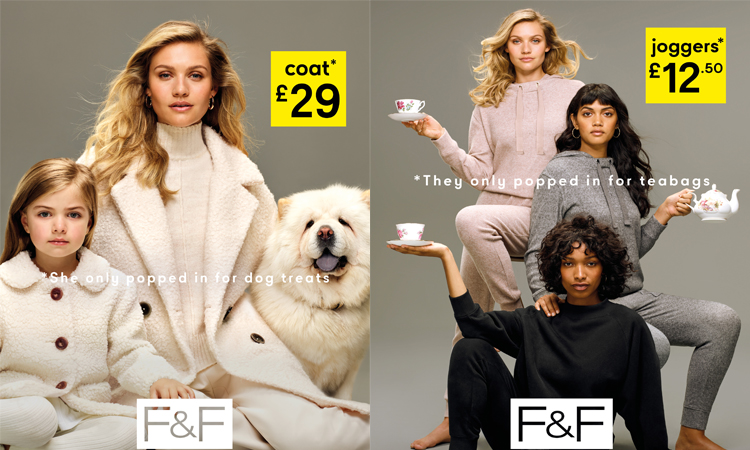 Supermarket fashion has typically suffered from poor perceptions. It is hard to make buying clothes in a giant Tesco or Sainbury’s feel cool, while their price point often means people assume ranges are low quality.

But Tesco’s clothing range, F&F, wants to get in more Tesco baskets. To do that, it needs to be considered alongside other high street chains, not just as a supermarket brand.

Intergral to this has been an alignment with the core Tesco brand. F&F now uses Clubcard data and has launched a marketing campaign to create a “trolley-swerve moment” that gets people to reappraise the brand and the sector.

It has also begun using econometrics to work out what times of year are best to invest, work that has found more frequent bursts of activity are better than short, big campaigns.

READ MORE: F&F’s strategy to get in more Tesco baskets 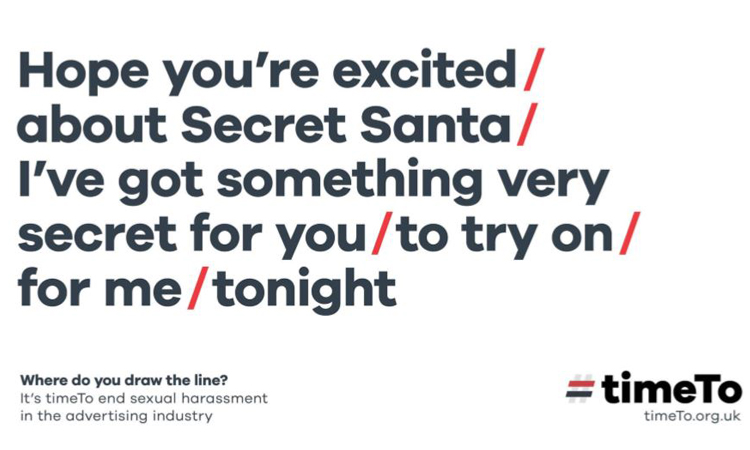 Sexual harassment is still prevalent in our industry. Despite the #MeToo movement and growing awareness about the issue, one in 10 people in the ad industry have experienced sexual harassment in the last year.

This is according to the latest piece of research from timeTo and thinktank Credos, which surveyed 232 advertising and marketing companies. Of the 1,114 respondents, 47% have been harassed more than once, 31% ignored the incident and only one in five reported it – the same figure as last year.

These statistics should be shocking and ensure every marketer who sings the praises of purposeful marketing also looks inward at their own business and industry.

Helpfully, timeTo is launching an extensive toolkit for all endorsing companies, as well as a refreshed ‘Where Do You Draw The Line?’ campaign in time for Christmas parties.

The toolkit, which has been built by specialists in mental health and wellbeing at NABS, includes an annual planner for companies to map out high-risk areas on their calendar where a combination of social activities, alcohol and overnight stays are more likely scenarios for sexual harassment risk.

It is also making a new training programme available for the beginning of 2020.

TimeTo’s efforts are what the industry needs but it is just the start. There is a huge gulf between HR strategies and workplace culture. Brands and agencies need to tackle sexual harassment at the root and take an uncomfortable look at their companies. 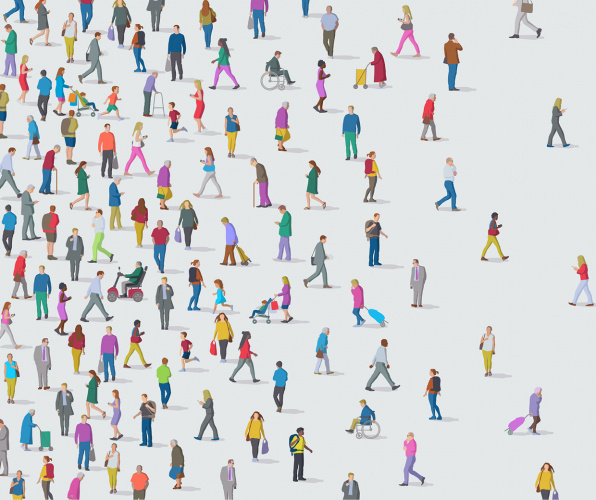 Our columnist finds to his horror that he’s reached his limit of LinkedIn connections, with requests building up faster than he can cull. 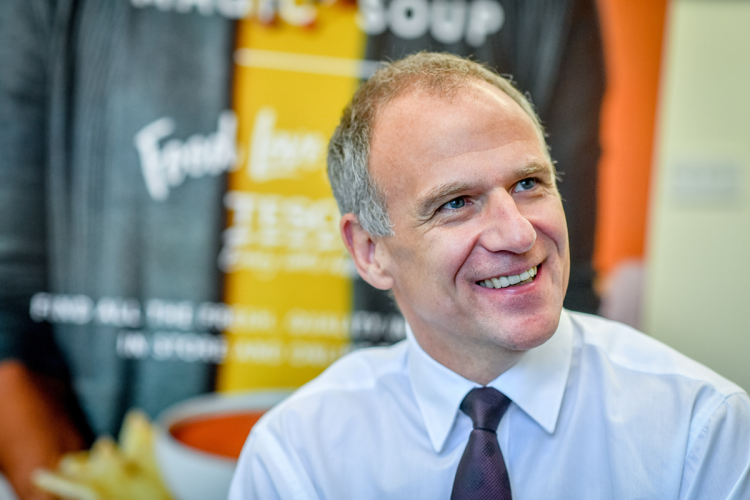 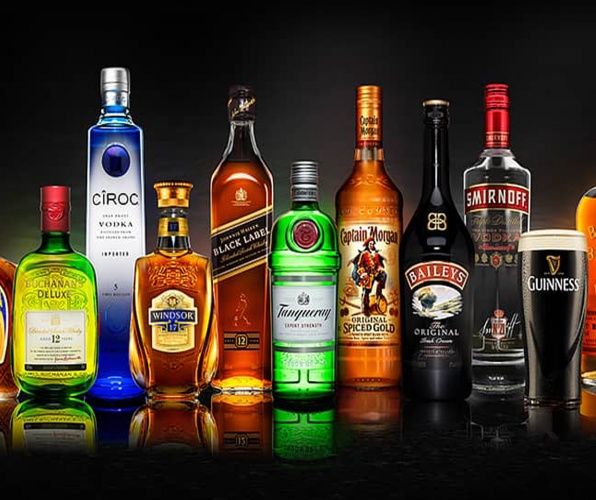