Florian Alt is a self-proclaimed “football fanatic” and Adidas “life-timer”. He joined the company 20 years ago and believes both factors are key to his current role as vice-president of global brand communications for its football business.

“I have grown up with the three stripes. My dad worked at the company so I never wore any other sports gear and it’s on the doorstep of the city where I come from,” he explains. “And I truly believe in what the brand wants to stand for. The belief of sport having the power to change lives.”

During his time at Adidas, Alt has worked across the gamut of marketing disciplines, from retail to brand comms to PR and social. He says his ambition was always to “get to and be where I am now” but that he now feels a desire to push himself and “not become complacent”.

We have to be a profitable organisation, but there is also the expectation from our leaders to change a little bit for the greater good of the world and the planet.

There seems to be little sign of complacency in Adidas’s marketing. Alt has a keen interest in both technology and wider culture, which he has brought to his current role and which have helped to shake up the sports brand’s strategy. He believes Adidas is finally successfully marrying the two key aspects of the business – its core belief and being a profitable company.

“We have to be a profitable organisation but there is also the expectation from our leaders to change a little bit for the greater good of the world and the planet,” he says, speaking to Marketing Week at Creativebrief’s Bite Live event in London last month.

“You also see this with the target audiences. They have a desire to trust brands that really stand for something more and they are able to see through if a brand means something serious or not. With all the information and insights they have these days, it’s very hard to tell them something or sell them something that’s not true.”

It is a strategy that appears to be paying off. The Adidas brand made it into the top 100 global brands for the first time in 2018, according to Kantar Millward Brown’s BrandZ report. Its value was up 50% year on year to $12.5bn.

The business is also performing strongly. In the second quarter, revenues were up 10%, with football one of the businesses that saw double-digit growth.

Building a community through dark social

Tango Squads, Adidas’s community platform that uses Facebook Messenger and WhatsApp to engage with young players, has been a key part of this strategy. There is the commercial aspect, where Adidas can send out newsletters promoting its productions, but it also offers young players that might not be quite good enough to turn professional the chance to make a living out of sport and influence others.

“It’s trying to foster those developments with the kids as much as we can rather than trying to sell them something. I truly believe if you do the first thing right, the brand advocacy will make sure they develop to consider Adidas to buy football shoes,” explains Alt.

Adidas is now in the third year of its Tango Squads platform, which was created by We Are Social. But Alt admits there have been challenges and lessons learned. One of those has been proving the financial return on the investment, particularly because Adidas was an early mover.

“Everyone [in the business] would sign up to the good cause and could see how this ladders up to our core belief and mission. But on the flip side we have to generate profit and there is a fine line,” explains Alt.

To better understand the ROI, Adidas uses the same metrics on Tango Squad that it uses to decide which players, clubs or federations it sponsors. The aim is to build the “next bunch of football influencers”, not footballers playing for Real Madrid or Arsenal but young people playing in their communities.

It was a moment in time when we realised we needed a shake-up and a refresher to really cut-through and not be the boring, traditional, good quality but not so sexy brand.

These are already becoming hugely influential, with EE holding an annual competition at Wembley that sees thousands turn out to see YouTube stars play each other and teams such as Hashtag United regularly drawing in crowds of thousands.

“I wouldn’t be surprised if we sit here in eight years’ time and teams [like Hashtag United] are, not on a par [with the traditional clubs] but have moved much closer. They already fill stadiums of 20,000,” he explains.

Alt believes dark social – where consumers share information and links that brands find it difficult to track – is of great importance to brands because so much recommendation and advocacy happens there. However, with Adidas being one of the first major brands to make a move into this area, he admits it has been difficult to measure the benefits and returns.

“There was a lot of trust needed and given that this would develop in the right way,” he explains. “What [we’re now starting] to show is how those investments really pay off.”

The challenges of dark social

While Adidas’s work in dark social has been held up in the industry as an example of best practice, there have been challenges along the way. Initially, Adidas had up to 500 Tango Squad members in each city but found that maintaining one-to-one conversations with them was very time intensive.

It has since scaled that back to around 35 people per key city. And it has shifted how it communicates with them, moving away from a focus on giving them first sight of new content or products towards more of a collaborative role in shaping new ideas and products.

That means the focus for Adidas has shifted away from Tango Squads and instead to Tango Squad FC and the Tango app. Launched in September, it offers an opportunity to scale that social community, giving football creators the chance to show off their skills, compete with friends and unlock rewards. 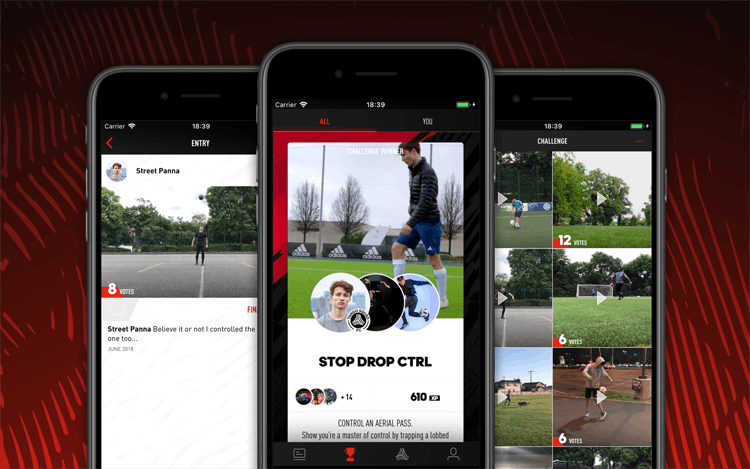 Challenges range from filming the perfect nutmeg (when a player kicks the ball between an opponent’s legs) to showcasing their best moves. The whole app is structured as a competition where the most skillful and committed are rewarded with digital points and trophies and, hopefully, recognition within the community.

Here, Alt hopes it will be easier to measure success. It has “straightforward” KPIs such as engagement rates, view-through rates, how many views are generated that are all important to ensure the content it creates is relevant and works, as well as app downloads.

Beyond dark social, Alt has also shaken up how Adidas speaks to consumers more broadly having done research that found its old approach was “a little bit outdated”. That led to the launch three years ago of the ‘There will be haters’ campaign, created by Iris, an attempt to make its marketing bolder and more confident.

“It was a moment in time when we realised we needed a shake-up and a refresher to really cut-through and not be the boring, traditional, good quality but not so sexy brand,” he says.

“I make the comparison of going to a party. We used to be the guys standing around and having lots of conversations with people but we were not the guys in the DJ booth making the music or the first ones on the dance floor. That was the drive and ambition for ourselves, to become part of the conversation.”

That strategy has unsurprisingly led to Adidas taking a more digital approach to its communications and Alt believes there has been a “slight decrease” in the relevance of big TV campaigns and outdoor advertising. But Alt disagrees with Adidas CEO Kasper Rorsted, who said last year that “all our engagement with the consumer is through digital media”.

“It depends on what you want to achieve. If you look at the World Cup, if you want to spread a message on a mass scale, TV will certainly give you a lot of what you are looking for,” he says.

“But I believe there is a reshuffling in terms of where marketing investments go. Take the communities as an example. Having the app, having direct access to those kids, you don’t have the usual advertising loss, where you shoot out a TV commercial or social media campaign but how many people really pick up on it? When you drive a message through your community it will land with the people who have an open ear and that will be your amplifier and multiplier for it.”

Moving forward, Alt is focused on developing the Tango Squad app and community, as well as Adidas’s role in gaming. He sees the fact that rivals such as Nike and Puma are moving into more community-based marketing and following its strategic approach of “stadium to street” as a sign that “we’re doing something right” but also that it needs to keep one step ahead.

“[The fact] this is now being copied to a certain extent makes sure you move on and embark on the next phase,” he concludes. “But we have to remember there is a business side as well, we have to sell shoes, shirts, balls. We must not forget about it, and we must keep the balance right and make sure we can go and improve how one complements the other.” 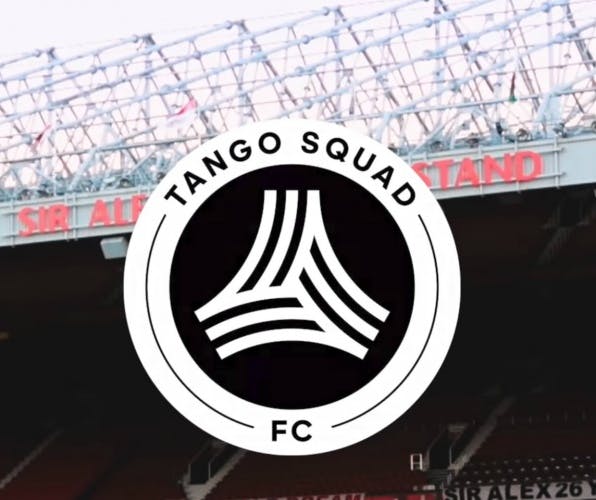