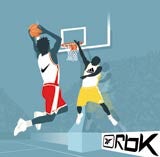 Adidas is acquiring rival sportswear company Reebok in a £2.1bn deal designed to give it a leg-up in tackling global market leader Nike. By combining Adidas’s popularity in Europe with Reebok’s appeal to American fans of basketball and footwear, the deal-makers hope to build a more muscular rival to world leader Nike, in particular on the US brand’s home turf.

Industry branding experts are already warning that Adidas could end up taking its eye off the ball and cannibalising market share with its acquisition of Reebok if the two brands are not given a sufficiently different positioning.

The world’s number two and three sporting goods companies have a long way to go if they are to catch Nike, which claims to have a 31 per cent share of the lucrative sporting footwear market in the US. Together, Adidas and Reebok account for £6.25bn in sales and $473m (£265m) in net profits, compared with Nike’s annual revenue of £7.7bn and $946m (£529m) in net profits.

It was not always so. Twenty years ago, Adidas was the long-standing number one sports shoemaker, but sales started to slip as Reebok and Nike tapped into the fad for fashion trainers. By 1987, Reebok, boosted by the aerobics craze, had become the world leader with sales of $1.38bn (£800m), with Nike a step behind. A year later, Nike became market leader and has steadily pulled away ever since, while Reebok dropped back into third place behind Adidas. Following the merger, Puma takes up third place in the sports footwear market with what it claims is a 6.8 per cent share.

Adidas chief executive and chairman Herbert Hainer stresses that the German brand will be kept “separate” and “distinct” from Reebok following the merger, which is expected to go through early next year.

Reebok chief executive Paul Fireman, who stands to make a personal windfall of £385m when he sells his 17.5 per cent stake in Reebok, says: “Two brands individually will add to the value.”

Paul Kennedy, a senior director at smaller sporting rival New Balance, says the decision to acquire Reebok comes as scant surprise. “In order to claw back some of the distance between Nike and its rivals, Adidas either had to make a big acquisition or grow organically. This signals an intent to make quick growth and go after Nike as quickly as possible, using Reebok’s large presence in the US as a springboard,” he says.

Opt for a double team strategy

Yet critics suggest that the merger, which looks good on paper, may not be enough to tackle the formidable Nike. They maintain that it could even damage Adidas and Reebok as brands. An industry insider says: “I don’t see how it affects Nike. Consumers and retailers see two brands: it will not make Reebok cooler or Adidas more important in the US.”

While Adidas could benefit from Reebok’s meatier US distribution and endorsement deals, its new sister brand could learn from Adidas’s European success and more consistent branding. But question marks remain over whether the benefits will outweigh the pitfalls.

If Adidas is to compete head on with Nike, it must work out how its brand will mesh with Reebok, says Jan Lindemann, global managing director of branding firm Interbrand. “The big question from the marketing point of view is what will happen: how deep will the cost savings and distribution synergies go, and what will be the effect?”

He talks of the need to reposition the brands as part of a portfolio of products and believes that, if it is done well, a two-brand attack on Nike could see Team Adidas encroaching on its “Cannibalisation should be avoided, which is why Reebok and Adidas must have different positionings,” says Lindemann. “Clearly you don’t want two mass-market brands fighting the same turf – Adidas would have been better off spending its money elsewhere if that is the plan.”

He says the acquisition brings about an opportunity to carve a different type of image for the “tired” and “undefined” Reebok. “The Reebok brand has to be built to make it more valuable. At the moment, it is significantly weaker than it should be. But it needs to be done in such a way that it doesn’t encroach on Adidas’s territory,” continues Lindemann. 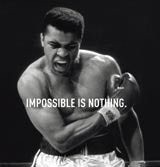 He believes Adidas should use its branding experience to continue what Reebok has started to do with some success – building on newfound ties with urban culture and hip-hop cool. Meanwhile, Adidas should milk its reputation as a manufacturer of high-end performance goods and for tie-ins with couture designers.

American Erich Joachimsthaler, chief executive of marketing strategy company Vivaldi Partners, who worked with Adidas in the 1990s, agrees that the brands need to be clearly positioned to avoid taking sales from each other when they should be combining their might to fight Nike.

He says: “Adidas is a brand with incredible heritage, but it’s also had a niche position here. Up to now, Adidas has tried to become more fashionable and gain a multi-faceted brand image, which Nike has done so successfully, and the sort of positioning that Reebok has already taken. This move gives Adidas the chance to go back to its core focus of being the ‘most authentic’ sporting company, while getting Reebok into the race and saying ‘that’s our fashion/lifestyle brand’.”

However, Adidas says a little “healthy in-fighting” between brands is par for the course in many companies and points to Procter &amp; Gamble. It is “business as usual”, with no immediate plans to increase the marketing spend or radically reposition the business.

Learn to manage a portfolio

Yet packaged goods companies such as Procter &amp; Gamble have a wealth of experience in managing and growing large portfolios, something Adidas has been unable to do successfully in the past, counters Joachimsthaler. Indeed, there is a sense of déjÃÂ vu about the acquisition. Less than a decade after buying Salomon Group, Adidas has sold the winter sports brand after failing to integrate it successfully into its core business. That purchase was supposed to have given Adidas the might to fight Nike, a threat that never transpired.

Joachimsthaler says: “There is a big question mark over whether Adidas will successfully manage its portfolio. It requires incredible discipline of brand management and leadership. There is also a question of how it will sort out its athletes and endorsements, which should follow the brand positioning. It’s all about how Adidas puts its back office together, how it positions its brands in the market. It is about the marketing and sales and events – how it gets its entertainment properties lined up.”

There is little doubt that Adidas, even with Reebok behind it, faces a difficult task in toppling Nike. The indomitable leader not only controls 28 per cent of the global footwear market, but has become a serious contender in the areas such as football, which it had shied away from. It has even survived potential disasters, such as the “sweatshop” controversy of a decade ago.

Says Lindemann: “Nike is one of the world’s best when it comes to selling and marketing its message. I don’t envisage that changing.”

As Nike made clear in its advertising during the Atlanta Olympics: “You don’t win silver; you lose gold”.

Mastercard is launching an electronic “virtual wallet” to target migrants and households without bank accounts in September. Called Cashplus, the pre-paid Mastercard will enable customers to buy ready-to-use cards in retail outlets, in much the same way as mobile top-up vouchers and phone cards. Mastercard Europe and partner Advanced Payment Solutions (APS) hope to tap […]

The scramble to see which commercial station is winning the battle at breakfast and which is leading the pack in London masks the true state of affairs in commercial radio. The real battle ground is with the BBC. Nothing illustrates this better than looking at BBC Radio 1’s lead with its Chris Moyles-hosted breakfast show. […]

The Outdoor Advertising Association has reported a 4.5 per cent annual increase in revenue for the sector, from £213m in the second quarter of 2004 to £222m in the same period this year.