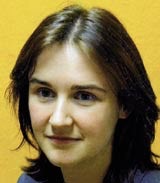 When they were first launched, personal video recorders (PVRs) such as TiVo and Sky+ were hailed as a revolution for television viewers who wanted to be freed from the whims of both advertisers and schedulers.

However, PVRs are not yet having a widespread effect on TV viewing in the UK. Penetration is still relatively low – 80,000 homes have Sky+, and another 30,000 took up TiVo. But this is set to change, and soon. Sky has launched major promotions aimed at upgrading subscribers to Sky+, and independent forecasts suggest that PVRs will be in 30 per cent of homes by the end of the decade.

In getting to grips with how this might affect viewing, researchers have tended to favour nightmare scenarios for TV advertising. The nightmare is this: PVRs offer simple and intuitive recording. They require no tapes and allow total flexibility in recording programming. By pausing live viewing for a few minutes as a programme starts, viewers can “buy” themselves the luxury of fast-forwarding through anything they don’t want to watch – the prime casualty being advertising. In research carried out last year, PVR users skipped through no fewer than 71 per cent of ad breaks. That is four times more than for programmes watched on a VCR, and 65 per cent more than those who actively ignore the ads during live TV.

So is it all doom? New research suggests not. Although almost three-quarters of breaks are skipped in recorded programming, PVR homes tend to stabilise at a point where they watch about two-thirds of their programming through the PVR, and the rest live. In live or near-live viewing, less than a fifth of breaks are fast-forwarded. Overall, PVR homes are skipping only just over half (54 per cent) of breaks.

And even among the half who do fast-forward through ad breaks, the game for advertisers is still far from up.

Forwarding breaks removes the impetus for channel-surfing, meaning that viewers stay with the break, watching it on digital fast-forward. As with DVDs, PVR fast-forward is far clearer than fast-forward on analogue video recorders. In addition, to stay in control, people tend not to view on maximum fast-forward speeds, which means they view the ads – often quite intently – as they try to spot when to press “play” before the programme restarts. They recognise many ads with which they are already familiar – thanks to “live” viewing exposure – leading to significant ad recall.

Broadcasters will need to figure out ways of adding value to the live viewing experience – such as interactive involvement – and are likely to collaborate with advertisers in hosting, sponsoring or creating programme content. And advertisers may need to embrace similar techniques to persuade viewers to watch ads.

The game is changing, but advertisers may find that as they adapt to this new viewing environment, their communications have the potential to be more powerful than ever.