The company was founded by John Warnock and Charles Geschke in 1982. “They were philanthropic to their core. They started out by saying we want to be a great place to work and decided part of that is giving back to the community.

“They picked a couple of areas of focus – homelessness and hunger. As Adobe evolved, that philanthropy permeated through the soul of the company and became part of its DNA. It’s a brave thing to embed philanthropy into the company before you know how big you are going to get.”

Lewnes says the culture of the company almost takes care of her internal comms responsibility for her. “Community philanthropy is one of the most important draws for people to come and work here. We do an annual engagement survey. Ninety-nine per cent feel that being a ’corporate citizen’ is important to them and that’s why they want to work for Adobe. So it’s huge from a recruitment and retention point of view.”

The Adobe Foundation gives 1% of Adobe’s net profit to good causes. One flagship programme called Adobe Youth Voices is in 50 different countries and has reached 50,000 children in neglected communities. The children are given digital tools and mentors who teach them to make documentary films and photographic essays about what is going on in their neighbourhoods. Lewnes says the programme is life-changing.

“Some of the worst things possible have happened to these kids,” she says. “We enable them to talk about it by using technology to create content. We give them a curriculum.” By the end of 2011 the scheme will be extended to 150,000 children. 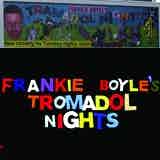 An outdoor advertising campaign for comedian Frankie Boyle’s controversial show Tramadol Nights has been cleared by the ad watchdog of causing offence or distress. 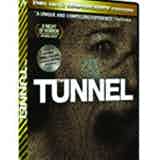 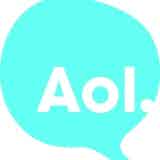 AOL is repositioning itself as a key destination for women as part of a shift in strategy that will see it put the brands of recent site acquisitions above its own.