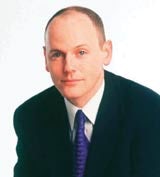 TV United was a surprisingly harmonious affair, and progress was made in showing advertisers that the medium remains strong and vital, says Jim Hytner

Well, it wasn’t quite like that. A shame, really. The UK’s commercial broadcasters were at pains to unite behind a single objective: to boost our medium’s appeal to advertisers and agencies alike.

Television is the most powerful communication tool on Earth, but as a group we haven’t sold it, or evangelised about it enough. There are historical reasons for that, but the TV United conference in Bath last week was the start of a new process. Inevitably, you’ll read more about the issues that were raised than the progress made, but talking to senior executives such as Elizabeth Fagan of Dixons, Guy Phillipson of Vodafone or Chris Hayward of Zenith Optimedia, it seems we at least made a small dent in the mantra: “Radio Advertising Bureau, good: TV, bad!”

We need to keep going.

PHD Media brand planning director Louise Jones gave an excellent speech on many issues, including the continuing problem of clutter. Whether reducing the number of spots in a junction (commercial break – except when it’s the BBC) is a viable option is a matter for the sales teams, but I’d like to address other areas within the junction. Jones is rightly concerned that a minority of viewers like to surf as a programme ends. That’s why commercial broadcasters have introduced end-credit promotions. On ITV1, for instance, we navigate viewers through peak-time, with a “Next, Then, Later” menu as the credits roll. We have seen a much greater retention of viewers through an evening. Our qualitative research has also shown that viewers appreciate the navigation and don’t regard it as an intrusion. It’s a new tool, so it could be seen as additional clutter, but it’s not: it’s a viewer-friendly, and therefore advertiser-friendly, mini-EPG.

Idents have also been lumped into the clutter debate. They’ve been there since the very beginning of TV, so maybe the fuss is because they are so much better now! Five has relaunched with some interesting idents, Channel 4 is about to introduce some new work and ITV1 has used its stars “on set, off duty”. Even the BBC balloon was fantastic and could have been evolved beautifully, though the redand white-suited dancers are pretty soulless.

Branded break-bumpers and branded break flashes have also been introduced across most commercial channels, not increasing clutter at all but making the junctions a classier, cleaner environment. The BBC may now regard junctions as an opportunity to push one of its umpteen services, but I can assure you the commercial broadcasters continually strive to make them a showcase, a place in which our customers are proud to advertise.

The European Commission is to propose wide-ranging legislation to eliminate red tape and protectionism affecting services, including advertising regulations in the EU. The proposal, called the Internal Market Strategy for 2003 to 2006, will launch on May 7.

Bodycare International is planning a £6m relaunch of its network of tanning salons and products, following a British Medical Association (BMA) report that links tanning booths with cancer. The report calls for tighter restrictions on the use of sunbeds, which the BMA claims can cause certain types of skin cancer, premature ageing and damage to […]