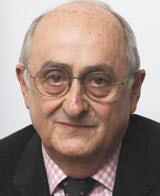 A few years ago, at exactly this time of year, I was invited to appear on breakfast television to defend Christmas toy advertising.

The aggressive do-gooder who interviewed me has long since been consigned to oblivion, having been caught with his trousers down engaged in sexual lechery in Soho (isn’t it wonderful how often do-gooders turn out to be do-badders?). But that November morning, he went for me hell for leather.

“Can you seriously deny that all those television ads make children beg their parents for toys they can’t afford?” he asked, jabbing his finger at me. “Can you deny they force single-parent mums to go hungry so they can buy their children the toys you advertise? That they ruin every Christmas for those poor little mites whose parents can’t pay for the playthings your ads make them crave?”

“Oh spare us your adman’s garbage,” he charged on, before I had managed to get any adman’s garbage in sideways. “Please don’t tell us the ads don’t make children pester their mums and dads. If the ads didn’t tempt their innocent young minds, you admen wouldn’t spend all those billions of pounds on them. Advertisers know what they’re doing. You spend the money because you know you’ll get it back in fat profits – by selling more and more toys. That’s what it’s all about, isn’t it?”

“Come off it! Pull the other leg, it’s got Christmas bells on. Well thanks for your contribution Mr Fletcher – but we don’t believe a word of it.”

Interview over. Deflated adman leaves studio. I had been honoured with this fleeting moment of television stardom because my agency handled a large toy company’s account. The company was then deep in financial trouble – as toy companies so often are – and was struggling to raise enough advertising expenditure to hold onto its sales.

Far from booming, the toy market has been little more than static for ages. Between 1990 and 2000, the percentage of household expenditure spent on all “toys and hobbies” climbed from 0.5 per cent to 0.6 per cent. Hardly a massive explosion in toy purchasing caused by advertising. Had I been given half a chance, those are the points I would have made.

Toy manufacturers advertise to increase – or even to hold on to – their share of a pretty flat market. And much the same applies to the advertising of children’s foods, now similarly under attack. Because they see a McDonald’s on every high street, the attackers presume children are eating more and more of the foods they deplore. But are they?

My personal scepticism about this comes from happy boyhood memories of scoffing vast quantities of newspaper-wrapped fish and chips, thick with scrumptious crispy batter, after having breakfasted on a yummy fry-up of sausages, eggs, bacon and fried bread. As a kid, I ate jam doughnuts by the dozen, tucked into hefty hunks of white bread larded with dripping, and added crumpets swimming in butter as a special treat in winter. None of these, except perhaps the sausages, were advertised. But healthy? As Mr Lecher might have said, pull the other leg, it’s plumper. Yes, I chomped on the occasional apple or pear – but nutritious vegetables? Has anyone ever met a kid who willingly wolfed down nutritious vegetables?

So can it be true that young people today eat even more unhealthy food than my mates and I did? The answer is that no one knows. But such data as exists suggests they probably eat less. The National Diet and Nutrition Survey – the most authoritative data source available – shows the total fat intake of young males and females fell on average by some five per cent between 1983 and 1997. The decrease varies slightly by age group, but in every age group total fat consumption has fallen. And a different source, the Government’s National Food Survey, shows that the percentage of total energy consumption which people get from fat hardly varies across all age groups, except that it is particularly low for babies and elderly men.

Within those averages, the consumption of some “unhealthy” foods has risen, while the consumption of others has gone down. But any claim that the increase in obesity among youngsters is a result of an overall worsening in their diet is simply indefensible. Just as with toys, advertisers have constantly tried to increase their own share within a relatively steady level of overall consumption. Advertisers have not caused the market to grow – nor have they any interest in doing so. It doesn’t help a crisp company if youngsters consume more biscuits – quite the opposite, in fact.

On the other hand, there is copious evidence children are taking far less exercise than they used to. More than three-quarters of young teenagers take no exercise at all each week. As the International Association for the Study of Obesity has pointed out, the key to minimising obesity is to build exercise and activity into every aspect of people’s lives. The WHO recommends walking and cycling.