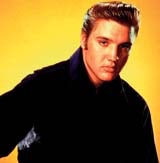 Advertiser-funded programming has been making headlines in recent weeks, with a wave of big name advertisers unveiling initiatives to be screened on television. Unilever is one of those, investing heavily in the launch of a Sure-branded football documentary that airs in the UK on ITV1 this week (MW last week). Other big names to announce branded TV content include Adidas and Nike.

Advocates say allying brands to programming creates a viewer relationship not normally enjoyed in spot advertising or sponsorship idents, and can achieve cut-through in a cluttered TV landscape.

Sponsorvision managing director Blair Krempel explains: “In today’s broadcast media, where the consumer has the power to edit out commercials, programming is valuable currency. So it’s only logical that brands will want to get closer to it and its viewers.”

He says that, since the introduction of programme sponsorship in 1990, advertisers have recognised the value of associating their brands with programming. “However, if the right programme doesn’t exist, funding its creation is the logical next step,” he adds. And, by being part of the creation process, advertisers gain off-air promotion opportunities and the potential to distribute both the format and the finished programme internationally, giving consistent marketing across territories.

Andrew Canter, managing director of specialist agency Contentworx, agrees it is a growing trend and says advertiser-funded programming is now where sponsorship was in the 1990s. “When you look at what’s happening in the market, how technology is changing and the way we consume our media, it’s obvious there needs to be a change,” he says. “We’re moving out of a linear broadcast model and going to an on-demand situation.”

Broadcasters, too, are increasingly turning to client partnerships to help fund programming, but ITV brand partnerships director Gary Knight warns: “It is a growing trend but is not making a huge difference to our lives at the moment. Advertiser-funded programming is no different to normal programming: it is a real show for real people in the real world.”

He says most ideas get rejected before the script stage and many others presented by agencies “verge on advertorial” and would not pass strict Ofcom rules. Even if they did, he adds, broadcasters would be wary of airing programming that consumers could “see through” as advertiser-led.

“We are encouraging advertisers to get involved in content conversations, but they need to understand what it takes,” adds Knight. “There are huge rewards if you get it right, but it is a huge risk as well.”

Food company Heinz found itself in hot water over the Dinner Doctors series it funded, aired on Five. The show’s use of baked beans, tinned macaroni and tomato ketchup in recipes for easy-to-prepare meals prompted an investigation by the Independent Television Commission (ITC). Despite not showing can and bottle labels, the ITC, which cleared the programme, ruled it “came very close” to breaching its Programme Sponsorship Code.

There was, though, another reason why this advertiser-funded programme didn’t work, says Mark Cullen, chief executive of Enteraction TV. “It was just very bad TV.”

Cullen is excited about the future of branded TV content but adds: “Unfortunately, the truth is there’s more talk than action. That is because, although everyone can see the logic behind it, it is very hard to do.”

Advertisers are increasingly willing to gamble on such projects, despite stringent broadcast rules, little measurable feedback on return on investment, and high failure rates. “Success isn’t guaranteed,” warns Knight. “Otherwise these people wouldn’t be in marketing and advertising, they’d be successful producers.”