A series of “Contract Clauses’ will be released to the trade body’s members in September, encouraging them to make the ownership of data crystal clear to media agencies.

Traditional first-party data such as anonymised customer details will be covered by the guidelines alongside quality and the availability of data to support targeting and optimisation for real-time advertising. The clauses will prioritise protecting campaign data that could potentially be seen by competitors using the same trading desk – centralised management platforms specialising in programmatic media and audience buying – because it is recognised as third-party data in many contracts.

Some advertisers have tried to address the issue themselves by striking improved terms and conditions with trading desks or asking agencies to build dedicated trading teams for them alone. However, there a still many companies reluctant to fully commit to the automated arena due to not fully understanding how to protect and access data on their automated, real-time adverts.

ISBA and agencies have made separate moves to ease the discomfort, educating marketers on how to effectively use programmatic planning to implement, optimise and analyse campaigns without error. The upcoming contract advice will fuel the efforts and help quell wider concerns from advertisers about how their money is being spent on trading desks.

The growing role of trading desks in the rush for ad automation has led to the realisation that a large percentage of these advertisers using the platforms are unaware of what is going on behind-the-scenes. But there are clients reportedly willing to increasingly peek behind the curtain, an attitude that has inflamed debate around whether it is right for an agency to buy online ad inventory on its own account and then sell it on to a client at a higher price in order to keep the margin. 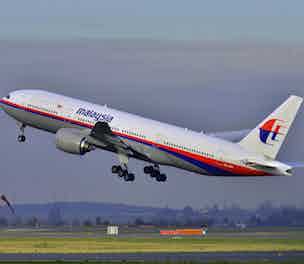 Malaysia Airlines is reported to be considering a name change following the plane disappearance in March and alleged shooting down of another aircraft in the Ukraine this month as it mulls options to safeguard its future.