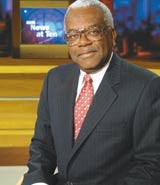 Advertisers are having to cope with disruption to their media schedules as ITV1 shuffles its line-up to make way for evening news bulletins, which will be broadcast at 9pm from today (Wednesday) and throughout any war in Iraq.

They may find that spots which were bought around a drama series are now in news ad breaks.

ITV has always made it clear that when war breaks out it will reschedule the News at Ten to 9pm. It had hoped to steal a march on its main terrestrial rival, pulling in viewers for the rest of the evening and undermining the audience for BBC1’s 10pm bulletin.

However, from last night (Tuesday), BBC1 has begun running 30-minute Iraq news specials at 9pm, in addition to the main news. In addition to this, BBC1 is running extra headline bulletins at 8pm.

As Marketing Week went to press, a number of advertisers were considering whether to defer campaigns. These include those in the travel sector – heavily affected by any war – such as British Airways and Tourism Ireland, which both have ads airing at the moment.

It is expected that total TV advertising revenue could fall by up to ten per cent during a war.

Granada Enterprises chief executive Graham Duff says that his sales house is “understanding” in relation to those advertisers directly affected by war, and that it is prepared to consider – on a case by case basis – deferral without penalty.