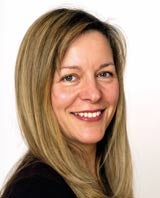 Despite seeing revenues rise by 15 per cent to &£3.66bn and profits soar by 65 per cent to &£600m, BSkyB’s recent results triggered a share price free-fall, wiping &£2bn off the value of the company in an afternoon.

A few weeks on, the share price is still in decline, in a year that has seen a fifth of the company’s value disappear. Investors have been scared off by a slowdown in subscriber growth and a reduction in earnings potential, as BSkyB invests &£450m in building the business over the next few years.

One of these ambitious targets for growth is of particular interest to advertisers: the aggressive marketing of personal video recorder (PVR) technology.

PVRs allow viewers to control their television encounters via time-shifting, ad-zipping and caching their favourite shows. The technology is user-friendly and highly adaptable. Users may soon be able to set their boxes to record via SMS, for instance.

If successful, this will be a huge money-spinner for the company, but it could have major ramifications for the future of TV spot advertising as a whole.

Although there will soon be at least ten different PVRs on sale in the UK, it will undoubtedly be Sky which will “make the market”. If, as expected, the growth of PVRs continues to accelerate, advertisers could notice a small “hole” appearing in their TV schedules within 18 months as fast-forwarded ads lead to a decrease in commercial supply.

Carat Insight’s research indicates that 60 per cent of ads will be skipped in some way and disappear from measured ratings. The resulting reduction of network impacts in homes could be nine per cent within three years.

Given that the typical PVR viewer is relatively upmarket (ABC1, 35 to 44 years old), this reduction in impacts will be exacerbated by a “black hole” of attractive consumers who will simply disappear off the radar.

Sponsorship and advertiser-funded programming will undoubtedly stand to benefit and broadcasters may have to manipulate conventional breaks by linking into content to prevent ad-skipping. Regularly updated and harder-working creative output could also play its part.

While the advance of PVRs seems inevitable, this new technology doesn’t have to be bad news for progressive advertisers. There are a number of tactics that could be employed to build relationships with consumers and it will fall to media agencies to advise their clients on how best to achieve this.