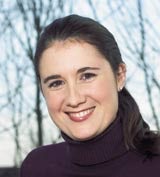 In the three decades since it launched on an unsuspecting US public, the video games industry has come a long way. Nearly 250 million video games were bought in the US last year, and according to Nielsen, almost half of US homes own one game-playing machine, and 23 per cent own more than three.

Gaming is the rising star in the entertainment arena populated by older media such as cinema and television that many argue are past their prime. For instance, on the same November weekend that The Incredibles dominated the US box office with $70m (&£38.5m) in takings, video game Halo 2 walked away with a one-day sales haul of $125m (&£69m).

Games also appeal to a wide market. According to the Video Software Dealers Association, just under half of all Americans plan to purchase one or more games in 2005.

Video games continue to be one of the primary pastimes of the elusive and desirable male 18- to 34-year-old demographic group. Nielsen estimates that the time this group spent watching TV fell by about 12 per cent, to less than ten hours a week, in 2004. The same group spent 20 per cent more time in 2004 playing video games than before – about 12.5 hours per week. It is estimated that these young men spend about half their disposable income on entertainment, including DVDs, music and video games.

With such high-level figures flying around, it is no surprise that marketers are looking at video games as a platform to reach these people. While there have been a number of tie-ups between advertisers and video game developers before 2004, the past 12 months have seen a significant increase in such deals.

Previously, advertising in video games was dominated by advergaming – games developed solely for the purpose of promoting a brand – and static ads such as signposts and billboards. Now in-game advertising, in which products are placed in the gaming background or are used by game characters – just as they are in movies – is proving to be of real interest to marketers, partly because games players seem to recall ads in games better than they do in any other medium.

But the adoption of game advertising has been slow. Games are often developed on an 18- to 24-month time frame and in the past any ads or product placements would have to be hard-coded within the software itself. Therefore a huge amount of advance planning and co-ordination between agency and game developer was required to tie in with a product launch.

Furthermore, once an ad was placed there was no way to gauge how many people had seen it or how effective it had been. Some suggest that in-game advertising has the opposite effect from that intended because gamers play to escape the “real world” and the last thing they want to encounter while role-playing is ads that remind them of reality.

However, a shift appears to be under way within the video games industry that could ultimately see gaming emerge as a major power in the advertising world. Though only $34m (&£18.7m) was spent on in-game advertising in the US in 2004 (compared with over $10bn (&£5.5bn) that was spent on TV ads in 2004 aimed directly at young men) this amount was 300 per cent more than the previous year.

In October 2004, New York-based Massive caused a stir by launching the world’s first video game advertising network, offering advertisers the opportunity to insert still ads into games played on computers through an online connection. Last month, Massive moved the concept on by running the first moving ads within the world of online role-playing game Anarchy Online. Visual or audio messages can now be inserted into games and monitored on an almost constant basis – something that unconnected gaming didn’t allow advertisers to do in the past. For instance, Massive can now deliver daily reports on 15-second impressions to advertisers, allowing them to update and adjust campaigns as they go.

Many people are increasingly convinced of the scale of the revenue stream that in-game advertising may generate. There have already been two conferences in the US this year focused on exploring the trend (the Advertising in Games Forum NYC and its sister event, Advertising in Games West).

Gaming remains one of the last uncharted frontiers in advertising and there is an increasingly pervasive view that advertisers must at least explore the potential that it offers them to promote their products and services at markets that are proving difficult to engage through other mediums.

There are, however, a number of reasons why a degree of caution is advisable. It is not clear how much ad interference gamers will accept. It has been argued that ads may increase the realism and quality of the gaming experiences, and in certain areas this may well be the case. But ads must be in keeping with the virtual world they reside in, so many games will remain off-limits to advertisers. For example, many games are set in medieval contexts, not an appropriate environment for a soft-drink billboard ad to appear in the background.

There is also the risk that while gamers represent a captive and growing audience unable to filter out ads from their gaming experience, they can still look the other way. And their improved recall for ads in games may simply be down to the novelty factor.

The reputation of the industry and the quality of the games produced is also critical for brands. The content of many of the most popular games present a morally ambiguous world that will pose problems to marketers when looking for a safe outlet to pitch their product. For example, which brand would want to be linked to a game that has an alleged hidden sex scene, as was rumoured to be the case in the PS2 version of Grand Theft Auto: San Andreas?

This is undoubtedly an exciting time for marketers and those within the video games industry, but as with any new medium, most advertisers will undoubtedly proceed with caution.