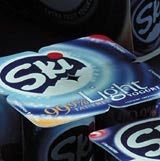 The Advertising Association has attacked plans in a European Commission working document on food health claims, warning they could be anti-competitive, create a bureaucratic muddle and confuse consumers.

The document covers nutritional, functional and health claims used in the labelling, presentation and advertising of foods. It aims to protect consumers and ease the movement of goods in the European market.

One of its more controversial suggestions is the outlawing of claims such as “90 per cent fat free”, even if they are true, on the grounds that in some cases they mislead consumers, who believe they are eating very low-fat food. It also suggests banning non-specific general wellbeing claims, branding them “vague and often meaningless”.

Advertising Association European public affairs manager Phil Murphy says consumers like to have as much information as possible when buying products and a lack of detail could be confusing.

He says: “UK consumers want to know what they are buying. Where a claim is made that is factually true there should be no problem with it.”

Murphy also says the approval process mooted before foods get to market is “bogged down with bureaucracy”. He adds that the process could be anti-competitive, as it suggests that the commission publish details of new products on the Internet, which could give valuable commercial information to rivals.

Alison Levett, managing director of Campbell Grocery Products, has left the company to “pursue other interests”. She has been replaced by Brian Mirsky, previously the company’s president in Canada, who will report to Pierre Laubies, the president of its European operation. Levett, who is not believed to have a new job to go to, has […]