The report on carbohydrates and health from the Scientific Advisory Committee on Nutrition (SACN) released today (17 July) recommends that “free sugars”, or those added to food or naturally presents in the likes of honey and juice, should account for no more than 5% of a person’s daily energy intake, down from the previous 10% recommendation.

This means approximately 30g per day for the average adult. A can of Coke contains 35g.

The report also recommends that the “consumption of sugar-sweetened beverages” be “minimised by both children and adults”. Public Health England responded by suggesting that parents “cut sugary drinks from their children’s diets”.

Action on Sugar has called on Prime Minister David Cameron to introduce three actions following the report, including a 40% reduction of sugar in food and drink by 2020, a 20% duty on sugary drinks and a call to cease all advertising and promotion of unhealthy food and drink to children and adolescents.

The news comes after The National Obesity Forum called for mandatory regulations on fat, salt and sugar content in food and drink in January. It claimed that the food industry is “not doing enough”, with obesity costing the UK £47bn per year.

The British Dietetic Association (BDA) also called for public policies that reduce the frequency and amount of sugary drinks consumed by children and adolescents as well as a tax on sugary drinks and an education programme.

Industry bodies have responded to the report by calling on influential advertisers, brands, the media and the government to push the nation to improve their diets, which they say would have much more impact than implementing bans and restrictions.

Ian Barber, communications director at the Advertising Association, said: “If we can turn on advertising’s ability to persuade, tap into the reach and influence of our brands and media and, above all, work with government we have a recipe far more likely to improve the nation’s diet than bans and restrictions, which evidence shows have little or no effect.”

Ian Wright, director general of the food and drink federation, agreed, adding that there are many ways people can reduce sugar and boost fibre in their diets while still consuming the food and drinks they prefer.

“We hope SACN’s key recommendations will be translated into meaningful and practical diet and lifestyle messages which are consistently used by everyone with a voice in the health debate,” he added.

Gavin Partington, director general of the British Soft Drinks Association (BDSA), says the calls for action against sugar are largely ignoring the work that has already been done by retailers and brands.

“It is baffling that soft drinks have been singled out and the industry’s work to reduce the nation’s sugar intake ignored,” he said.

“Manufacturers have reduced sugar intake from all soft drinks by more than 8% since 2012. Our ongoing work will do more to reduce sugar intake than the setting of unrealistic targets that do not consider overall diet and lifestyle.”

Tesco CEO Dave Lewis said in January that the supermarket group has removed three billion calories from its products by cutting sugar in an anti-obesity effort. It also removed sweets and treats from all checkouts including those at its smaller Metro and Express stores on 1 January, the first supermarket to do so.

Asda also recently announced that it will remove more than 3.5 billion calories of sugar from its own label soft drinks.

Retailers and brands have also partnered with Change4Life, Public Health England’s healthy-living campaign that this year is focused on “Sugar Swaps”, encouraging families to swap products for those containing less sugar.

Coca-Cola is involved with the initiative as part of its push to convince consumers to make healthier choices. The company has also looked at adding choice for consumers through the introduction of Coke Life, its lower-calorie variant sweetened using Stevia instead of sugar.

The 2014 Change4Life push led to an 8 per cent drop in sales of fizzy drinks high in sugar, according to the campaign. 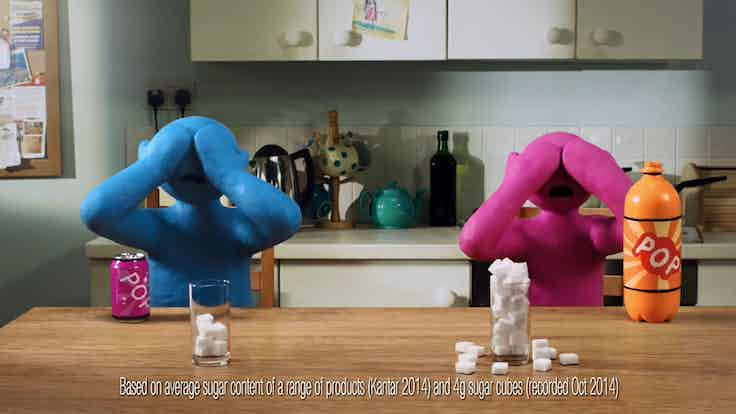