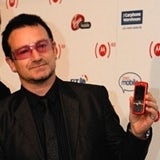 An increasing number of marketing directors are turning their backs on exclusive, long-term relationships with advertising agencies in favour of holding regular pitches between roster shops.

Mother won a place on Motorola’s roster earlier this month after working with the manufacturer on the launch of its Red charity phone (MW last week). Although Motorola appointed Omnicom to handle its $100m (&£53m) global advertising business last month (MW April 6), it says it has a “best ideas win” culture and will continue to work with roster agencies, including 180 Amsterdam and Ogilvy &amp; Mather.

It also emerged last week that the British Heart Foundation is talking to agencies about an anti-smoking brief just ten months after appointing Lowe London and Rainey Kelly Campbell Roalfe/Y&amp;R to handle its advertising business. Marketing director Colin Gruar says the charity does not retain agencies, preferring to work with them on a project basis.

The trend started in 1993 when Coca-Cola ended its retained relationship with McCann-Erickson and began building a roster of creative hotshops, according to Mother strategy director Jonathan Mildenhall. “A lot of multinational advertisers started to think their existing relationships had grown a little complacent,” he says. “It’s genuinely created healthy competition but it becomes unpalatable for agencies when every project is pitched.”

Mildenhall says a mid-size pitch can cost an agency &£100,000 for out-of-pocket expenses. He adds: “If clients are not prepared to pay significant fees for project-based work, there’s no real way for an agency to manage an account on a profitable basis.”

An industry source agrees that agencies will struggle to make money and says: “They won’t bother using their most experienced people so clients end up getting weaker thinking than from a more established relationship. It’s an efficient way of working because the client is seeing a lot of ideas, but an inefficient way of managing client-agency relationships.”

Pitches between roster agencies have become more prevalent in the telecoms and automotive sectors. As well as Motorola, Toyota regularly holds pitches between Saatchi &amp; Saatchi and Clemmow Hornby Inge, and Vauxhall pitches launches between its roster of agencies, which includes Delaney Lund Knox Warren &amp; Partners and Lowe.

Director of advertising at the AAR Martin Jones puts this down to the number of launches in those sectors. “Telecoms and cars rely an awful lot on their advertising to differentiate their products,” he says. “They’re looking for the best creative solution and the best creative agency to make the difference.”

“If you invest the time with the right partners, they will reach an intuitive understanding of your brand and product. You really see the difference when you use agencies that you don’t work with regularly. They just don’t get it. Jumping into bed with someone else for the sake of a change doesn’t work for our business.”

Jones advises companies looking to build rosters to choose similar, rather than disparate agencies. But he says there is no right or wrong answer: “There is a best practice way of doing most things but in the end it’s what’s right for the culture of the client and the relationship they’re looking for.”