These include the introduction of a minimum price per unit, the strengthening of current advertising regulations to minimise the exposure of younger people to alcohol and, most controversially, a “complete alcohol advertising ban”.

“The Government needs to confront the culture of low prices, non-stop availability and saturation advertising in order to make a difference,” says Professor Ian Gilmore, president of the Royal College of Physicians.

The proposals follow an extensive review of international evidence that has left Nice in “no doubt” that such measures would “significantly decrease alcohol consumption”.

However, the Advertising Association has questioned what evidence Nice has reviewed. The AA’s Ian Barber says: “In its response to [a similar report by] the Health Select Committee a couple of months ago, the Government concluded there was no strong link between alcohol consumption and advertising. Nice seems to have concluded the opposite. What it has found doesn’t seem to tally with the evidence that’s out there.”

The report’s conclusions mirror those published by the cross-party Health Committee earlier this year. The Government then rejected calls for minimum price given the complexity of the issue. However, the report from Nice is likely to carry more weight. While it doesn’t have any direct remit on advertising, it does have status as Whitehall’s primary adviser on which policies are most likely to address health problems.

The Lib-Con coalition government has yet to show its hand on minimum pricing, but has identified alcohol problems as one of its priorities, with plans to stop alcohol being sold below cost price.

Nectar card is expanding its rewards scheme partnership with Vue cinemas by allowing cardholders to pay for tickets and provisions with their points by swiping their card at a pay point. 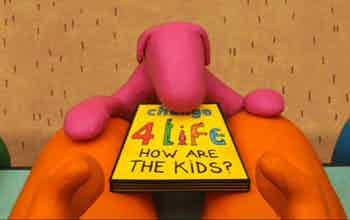 A detailed breakdown of Government advertising spending over the past two years is to be released by the Treasury for the first time as part of an openness drive.

New car sales in the UK rose 13.5% in May, compared with the same month a year ago, but Toyota is continuing to see sales fall according to the latest industry figures from the Society of Motor Manufacturers and Traders (SMMT).