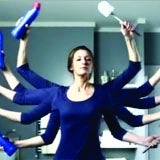 The TV ad showed a woman scrubbing a toilet with bleach and then showed limescale under the toilet seat rim and a close up of germs on it.

The voiceover continues: “Try Harpic Power Plus. Just one application is five times better than bleach at powering through limescale…”

Unilever argued that the ad misleadingly implied that bleach could not kill germs in the presence of limescale and that the claim “five times better than bleach” could not be substantiated, as bleach was equal to or better than the Reckitt Benckiser product at killing germs, whitening and working in dilution.

Reckitt Benckiser disagreed that the ad suggested Harpic Power Plus was more effective than bleach at killing germs. It said that the message it wanted to convey was that Harpic Power Plus removed limescale, which supports germ regrowth , whereas bleach just whitens limescale.

The Advertising Standards Authority (ASA) said that the ad did suggest Harpic Power Plus was more effective than bleach at killing germs thanks to the close up of germs under the toilet seat rim. Viewers were likely to think that the image was meant to represent the immediate result rather than after a span of time and regrowth.

The ASA ruled that the ad must not be shown again in its current form.