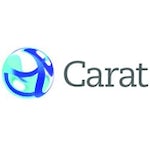 The marketing services company’s optimism was replicated by its Carat media agency network which revised its forecast for global ad spend upwards to 3.9% from an earlier forecast of 2.9%.

The group says profit was boosted by a return to profitability for its Synovate market research business and $1bn of new business from Aegis Media, which consists of the Vizeum, Posterscope, isobar and iProspect agency networks in addition to Carat.

Synovate’s sales increased 4.4% during the first half, while Aegis Media delivered organic growth of 3.4%.

Delivering his first results review as chief executive, Jerry Buhlmann described the first-half performance as “strong” and forecast full-year profit will be in line with market expectations.

“For the second half, we are seeing signs of a rebound in both the advertising and market research sectors. While it is too early to predict a sustained longer term recovery, we are optimistic about the short term outlook for both sectors.

“For the full year, we expect Group underlying operating profit to be in line with current market consensus, with modest improvement in Group operating margin, and a continuing trend of improvement in organic growth at both our businesses in the second half of 2010, compared to the first half,” he says.

Earlier this week, WPP, the world’s largest advertising company by revenue and owner of JWT, Grey and Ogilvy Advertising, reported a 2.5% increase in first-half revenue as advertisers in the US and UK increased spending.