The company will be the headline sponsor of the Queen’s Club championship for the second time in June following the signing of its five-year leader partner deal with the Lawn Tennis Association (LTA) in 2008.

It will run a press campaign throughout June featuring beneficiaries of its “Aegon Futurestars” programme, the youth talent development initiative it runs in conjunction with the LTA.

The ads, created by Billington Cartmell, introduces the new “Be ready for life” strapline, and direct consumers to a microsite containing product and sponsorship information.

A spokeswoman for Aegon says the first year of its sponsorship was about driving name recognition but the second will tell consumers “what we are and what we do”.

The sponsorship signalled a change in marketing strategy for Aegon, moving towards consumer marketing from business-to-business initiatives and marketing to intermediaries.

It is also the title sponsor of the Masters Tennis tournament at the Royal Albert Hall, grass court events at Eastbourne and Edgbaston and the British Davis Cup team.

As part of the LTA deal, Aegon will also invest in parks and schools programmes and support elite junior players. 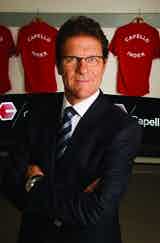 England manager Fabio Capello is delaying plans to launch his own-branded player’s performance index called the Capello Index, which will be launched with a fantasy football game, untill after the World Cup. 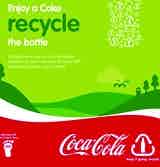 Consumers are eco-conscious and brands must work harder to prove their sustainability efforts, the head of Coca-Cola Enterprises (CCE) has warned.