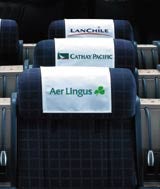 Irish airline Aer Lingus is understood to be hunting for a&nbsp;UK-based&nbsp;advertising agency to promote both the carrier and Ireland as a destination for UK passengers.

The business is worth up to &£3m and the brief would involve mainly radio and outdoor work.

The move represents a change in strategy, as all Aer Lingus creative strategy has previously been handled locally by&nbsp;the&nbsp;Dublin-based&nbsp;agency Rothco.

Aer Lingus, which is 85% owned by the Irish government, is looking to differentiate itself from the budget airlines, which have shaken up the market so dramatically in recent years by keeping fares low while avoiding cuts to quality in customer&nbsp;service&nbsp;and experience.

Meanwhile, Aer Lingus looks increasingly likely to pursue an IPO (initial public offering) with a view to a flotation going ahead in June.

However, head of marketing Fintan Lonergan denies that Aer Lingus is “actively” seeking a UK agency and says that there is no formal review going on. But he admits that there may be a review before&nbsp;the&nbsp;end&nbsp;of the year.