Last month, judges at Munich’s Court of Appeal ruled that Aegis Media Germany must tell Danone how much it received in discounts between 2003 and 2005, when it held the yoghurt maker’s German advertising account.

The preliminary verbal decision will now be ratified in a written ruling, which Aegis can contest.

Harvey Sarjant, managing director for the online ad-serving network Addvantage Media, says the outcome of the case will help to ensure media neutrality.

“This case highlights the need for more balance when it comes to media planning and buying, and showcases whether or not the preferred supplier agreements some agencies operate under are affecting media neutrality.”

However, a former head of media for an FMCG giant says media spends should always be scrutinised, and preferred supplier discounted space is nothing new.

“I doubt what is eventually published will be revelatory. It’s no secret that deals are there to be made in media buying, so it may encourage more transparency – but I’m not sure if the ramifications would be long-lasting,” he says.

The written ruling is due before the end of the month. Aegis says it intends to contest the judgment. 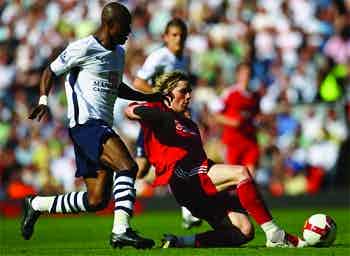 The Premier League is to expand its sponsorship and partnership programme with the addition of an official technology partner.

Clearer labelling is the key to a sustainable food production and a healthier nation, according to the Government’s new food strategy.

UPDATE: General Motors has begun the process to close Saab, but has said it will also continue efforts to find a buyer for the Swedish carmaker.Formula One boss Bernie Ecclestone has emerged as the latest bidder for Saab, as the Swedish car marque waits to hear of its fate.