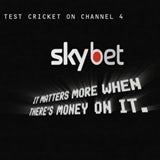 The sudden departure of BSkyB-owned Sky Bet’s marketing director Simon Miller (MW last week) has left the betting and gaming brand’s advertising agency arrangements shrouded in mystery. St Luke’s apparently picked up the business following a pitch earlier this year – but the broadcaster denies a contract has been inked.

The company was believed to have selected St Luke’s to handle its &£6m creative business in May following a three-way pitch (MW May 11). St Luke’s and BSkyB roster agencies Beattie McGuinness Bungay (BMB) and United London – the two other agencies to pitch for the business – remain tight-lipped about the situation. Industry insiders, however, insist that St Luke’s has already started working on the account.

Miller left suddenly after two years as marketing director. Sources suggest his exit was triggered by a disagreement with senior BSkyB management over the direction of the pitch and his handling of the appointment. A Sky spokesman insists this is not the case. Other sources agree that Miller handled a complicated and difficult approval process well.

The two agencies dismissed from the pitch in May are not thought to have been contacted since. “It [Sky’s lack of confirmation] is a surprise because I am pretty sure St Luke’s is already working on it,” says one executive close to the situation. He believes that Sky, which last month launched its broadband service, may have changed its priorities, adding: “It may be that the focus is on other parts of the business now and not on Sky Bet.”

A confirmed appointment would see St Luke’s regain a place on the sought-after Sky roster. BMB already works on Sky One and Sky News and United on the overall Sky brand. St Luke’s handled the broadcaster’s main account between 1999 and 2001.

The Sky Bet pitch was triggered when incumbent Mother parted company with Sky earlier this year (MW February 8). New advertising for the betting service was thought to be focused on the launch of its interactive poker account, due to roll out this year.

Sky Poker will allow viewers to play against each other through their television sets. The business would also include the Sky Vegas brand.

Miller’s departure could leave a tricky situation for the next marketer, who may have to build some bridges. Miller’s successor will report to Sky director of betting and gaming Nick Rust, and may even decide to hold a repitch after reappraising the situation with senior Sky group marketers, according to sources.

However, despite the pitch issues, there could be exciting times ahead for the brand. Sky Bet, which was renamed in 2002 from Bet TV, is doing well. Revenues increased by 16% to &£37m in the year to June 2006. Gross revenue was &£341m, up from &£261m, a result of the fast-growing UK online and interactive gambling and gaming landscape. This momentum is likely to be increased by the lifting of restrictions on TV advertising from September next year. Sky, with its vast cross-promotional properties, is expected to benefit.