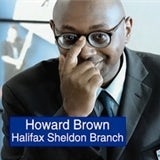 Advertising must do more to attract employees from ethnic backgrounds to the business, according to senior industry executives. Their comments follow the release last week of Business in the Community’s sixth “Race for Opportunity” benchmarking report.

Ethnic minorities make up 8% of the UK population. But despite a “mushrooming” of ethnic faces fronting advertising campaigns, there is still a dearth of non-white talent coming into the industry. The report shows the proportion of people from ethnic minorities who have reached the top of the body’s 104 member organisations, across many UK business sectors, is tiny. Just 4% of Lloyds TSB’s management team, the country’s top performer according to the report, are non-white.

No marketing services companies were polled, although sources suggest there are “only a handful” of people from an ethnic minority currently working in management positions across the industry. Yet figures from the Institute of Practitioners in Advertising (IPA) show that the number of non-white employees at agencies is slowly climbing.

Jonathan Mildenhall, strategy director at Mother, was involved four years ago in the IPA’s ethnic minority project. He says: “The issue that frustrated me at the time was that only 4% of the entire advertising industry was of ethnic minority origin.”

The story was particularly bleak in London, where the lion’s share of the UK advertising industry is based, and the ethnic population is 31%. “The figures get worse,” he continues, saying that 70% of ethnic employees were employed in back-office functions in 2002, meaning even fewer ethnic minority workers had frontline roles like planning, creative and account management.

Simon Marshall, chief executive at Publicis Dialog, says 11% of Publicis’ UK workforce is of ethnic minority origin and believes the number is growing. “There is a trickle of more candidates coming through but it is no flood,” says Marshall, who adds that many of these candidates are applying for back-room functions such as IT. “The proportion of candidates that we see from ethnic minorities isn’t good enough,” he adds, explaining that cultural differences can only go some way to explaining why advertising isn’t attracting more non-whites.

“Generally, the industry is politically left-of-centre,” he says. “You would expect diversity to be more natural but if you look at agencies that is not the case. It is worrying that this is not right on top of our agenda.”

The COI, and other public sector clients, are increasingly using advertising to both recruit and target niche and difficult-to-reach communities, but Quiet Storm co-founder Trevor Robinson says many other organisations are still lagging behind.

But Mildenhall adds: “We are seeing more ethnic minorities in advertising being cast in non-stereotypical roles. Creative organisations have realised it is more interesting to have diverse reference groups. Work is now more accurately reflecting society as a whole.”

Allan Leighton, chairman of Race for Opportunity and chief executive of Royal Mail, suggests ethnic diversity is not simply a matter of goodwill or political correctness, but ultimately good business practice. Robinson, who also chairs the IPA’s Diversity committee, concurs: “Ultimately, most people care about losing their clients and keeping their jobs. But if you give them good financial reasons why they should have a more diverse client base and workforce, they will do it.”