As part of its pitch, the agency set up a blog and Twitter site with the aim of creating a debate around the idea of a new brand for London, and using the public to shape its proposal.

“It’s a mistake to do it behind closed doors,” says executive creative director James Bull, adding “that’s the wrong way to create something you want people to take to heart.”

The invitation to tender is part of a bid by the mayor’s office to clear up the cluttered visual identity of London, which currently includes 10 different logos.

Moving Brands says a recurring idea emerging from the blog comments is the affinity that people hold for the London Underground logo.

Bull says this could be a good starting point to take an existing concept and give it a new meaning for London.

“It’s already a valuable asset to the city, and there could be an opportunity to elevate it,” he says.

The pitch deadline is tomorrow (3 September) and Moving Brands plans to publish its entire pitch on the site, to coincide with the official 20-page proposal based on the insight gained from the public process, submitted to the Mayor’s Office.

Moving Brands intends to keep the debate alive after the deadline, whether it is successful in the pitch or not, and doesn’t rule out the possibility of unveiling an unofficial logo for London.

The Greater London Authority has seen a backlash from several design agencies that are dissatisfied by the tender process and design consultancy Lambie-Nairn has slammed the competition for asking for unpaid creative work in the first round of the pitch. 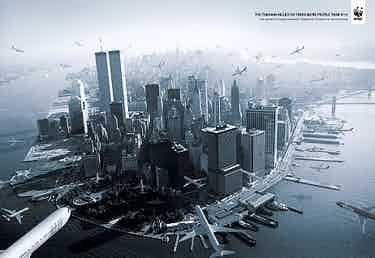 The World Wildlife Fund (WWF) has denied any link to an advert depicting the 9/11 attacks posted on several internet sites.

P&G is leading FMCG brands’ entry into the social media space. But the irony is that it will not increase interactive ad spend