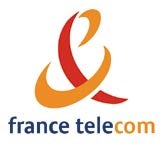 The appointment of Publicis Groupe and Havas to handle France Telecom’s &£200m pan-European advertising business brings to an end one of the most protracted and talked about reviews of recent years. However, the fall-out looks set to continue, with one advertising executive labelling the process a “French stitch-up”.

The decision to hand Publicis agencies Fallon London and Marcel the consumer business and Havas’ Euro RSCG the business-to-business account looks to mark the end of Mother’s four-year relationship with Orange in the UK (MW February 9). But it is understood that some senior members of the UK marketing department are angry about the way the pitch has been handled and are pushing to find the agency a role in the new set-up.

A source close to the situation says: “There is a feeling at Orange UK that France Telecom was just paying them lip service. Because this was a France Telecom pitch and not an Orange UK pitch, they were always going to make sure French interests were served.” Another adds: “What is illegal in most countries when it comes to business practices seems to be obligatory when it comes to France.”

One source involved in the review claims Publicis supremo Maurice Levy clinched the deal, outmanoeuvring Jean-Marie Dru, his opposite number at TBWA Worldwide, which had been the long-time favourite to pick up the lion’s share of the business. Fallon and Marcel, the new Paris-based creative hotshop, were chosen to pitch for Publicis Groupe because of Publicis network’s relationship with France Telecom competitor SFR.

The win is a major coup for Fallon London and vindicates the agency’s decision to resign its place on BT’s roster last year (MW June 2, 2005). It is thought Fallon will have to increase its headcount by up to 20% to service the France Telecom business and the win is likely to speed up the agency’s hunt for bigger premises. The win will also boost its billings by almost &£100m because it includes the Wanadoo business formerly handled by M&amp;C Saatchi.

Rumours of a France Telecom review started to circulate in 2004 when the company began talking to agencies about the &£80m pan-European Wanadoo business. A full-scale pitch took place last summer and it is understood that M&amp;C Saatchi and BBDO, which had teamed up for the pitch, were awarded the business. However, the review became obsolete when France Telecom decided to rebrand all of its operations, including Wanadoo, as Orange.

France Telecom held a beauty parade of agencies last year, but the pitch did not begin properly until December. WPP was forced to pull out after failing to resolve a number of client conflict issues and France Telecom shortlisted Fallon/Marcel, Euro RSCG and TBWA Worldwide to take part in the final round of pitches last month (MW February 9). However, Mother was told it could still hold on to the UK business if the network chosen was deemed not to be strong enough in London.

France Telecom executives were meeting yesterday (Tuesday) to thrash out the details of each agency’s role on the new roster, but the pitch appears to be further evidence of the myopic culture that exists in the company. The win takes Fallon London to a new level, but appears to have left a sour taste in the mouths of many others involved in the pitch.