Hyundai continues its assault on the European car market with the launch of a multi million-pound advertising campaign to support its repositioning as a more upmarket brand (MW last week).

The Korean manufacturer, which also owns Kia, is certainly not short on ambition. It plans to become the world’s fifth-biggest carmaker by 2010 – it is already the sixth-biggest, selling more cars than Honda – and is investing €1bn (£660m) in a new plant in the Czech Republic that will build cars in Europe from 2008.

Hyundai performed well in the influential JD Power customer satisfaction survey, competing with the likes of Toyota, Lexus and Honda for top spot in the various categories. The repositioning campaign, created by Vallance Carruthers Coleman Priest (VCCP), aims to highlight this point, and starts with the line “Quality runs through every surface of a Hyundai”.

The manufacturer says that the five-year unlimited mileage warranty it offers across its entire range is further evidence of the quality of its cars. Its UK marketing director Jim Campbell adds: “We want to communicate that quality in the new campaign, but in an emotional and inspiring way.”

Hyundai has traditionally been a budget manufacturer but Chris Wood, chairman of branding agency Corporate Edge, believes the five-year warranty, which was introduced in 2002, is a statement of confidence in the quality of its cars.

“Hyundai has come an awful long way in a short space of time and is a very ambitious company,” he says. “The cars are better than people give them credit for. Once you get people in the cars they are impressed. The problem is getting people to put Hyundai within their frame of reference. Once that happens, Hyundai will do well.”

In a recent interview with Marketing Week, new Kia UK managing director Paul Philpott said changing people’s perception of the brand was one of his main priorities when he starts his new role next month. Campbell admits he has a similar task at Hyundai, but thinks the styling of its new models is more in line with European tastes than previously.

“We have got a lot of happy customers but our challenge is to get more people turned onto the brand,” he says. “We’re confident our communications will do that. We’re not as well established in Europe as we are in other parts of the world, but that’s where the ambition comes from. We know it’s possible.”

Hyundai and Kia sold almost 4 million cars worldwide last year and are slowly emerging from the shadow of their Japanese neighbours to pose a significant threat to the mainstream car brands. They are already major players in the US, where they sell almost 800,000 cars a year, and Hyundai is the market leader in India and the number three manufacturer in China.

However, they are still fringe players in the European and UK markets, and neither had outstanding years in the UK in 2006. Kia’s sales were down almost 10%, according to the Society of Motor Manufacturers and Traders, while Hyundai sold 35,589 cars in 2006 – a fall of almost 3% on the previous 12 months. 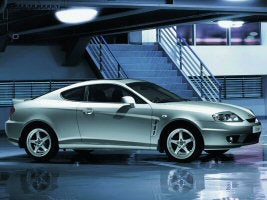 But Campbell points out that Hyundai’s sales dropped by less than the overall market, which was down almost 4%, and he says its 1.52% market share was its best to date. “The car market is challenging and the recent interest rate hike won’t help,” he adds. “We have got a mature market in the UK but market share has been steadily increasing over the past four or five years. It’s not dramatic growth, but it’s steady.”

Yet Hyundai is not without its problems. Last week, South Korean regulators fined the company W23bn (£10m) for violating competition rules by putting excessive pressure on independent car dealers to promote sales. It is also facing costly strikes in its domestic market and chairman Chung Mong-Koo is on trial on charges of embezzlement and breach of trust.

VCCP’s hold on Hyundai’s £20m UK advertising account is also under threat after the company’s in-house agency Innocean opened an office in London last year. Hyundai said at the time that the agency would mostly handle global and pan-European work, but since its launch in Delhi in 2005, Innocean has taken over the manufacturer’s account in India.

Sources believe it is only a matter of time before Hyundai moves the account out of VCCP, but the switch is understood to have been delayed by difficulties in recruiting staff for Innocean’s London office.

It is clear that Hyundai must address these issues if it wants to take its place at the top table of the global motor industry, but it certainly seems to have its rivals worried. Sources say Toyota, which is about to become the world’s biggest car manufacturer, is more concerned about Hyundai and Kia than anyone else.

The improvement in the quality of its cars and the expansion of its range mean Hyundai is in a strong position to achieve its aim of becoming the world’s fifth-biggest car manufacturer by 2010. Now it must focus on developing its brand if it has even loftier ambitions.

As Mong-Koo said in his New Year address to employees: “It is necessary to raise the level of brand value and emotional quality for proper appraisal of our cars.”

Timeline
1967 Hyundai Motor Co established
1968 Signs an agreement with Ford to build Cortinas under licence for the South Korean market
1975 Hyundai’s first car, the Pony, debuts at the Turin Motor Show
1986 Hyundai enters the US market with the launch of the Excel
1998 Buys struggling Korean rival Kia
2006 Announces €1bn investment in a new manufacturing plant in the Czech Republic

Richard Morris, DDB London’s business development director, has been promoted to regional director for DDB Europe. He will take over the role on February 5. Morris, who will report to DDB Europe president Michael Bray, has a brief to develop DDB from traditional new business sources and other areas such as content, alliances and new […]

Virgin Megastores is introducing 100% recyclable carrier bags and has launched an in-store campaign encouraging customers to reuse existing bags. The company currently uses 16 million bags annually across its 120 stores but wants to cut its contribution to the 10,000 tonnes of plastic bags thrown away in the UK each year. Managing director Simon […]

Starcom claims it will be ramping up its focus on planning this year with the creation of a new strategic intelligence and planning team that, according to the agency, will put the digital consumer at the heart of everything it does. Starcom hopes the arrival of Pru Parkinson as strategic planning director at the start […]