Airmiles, the travel loyalty scheme, is launching a £1m television and digital campaign alongside a giveaway promotion as part of its 21st anniversary celebrations.

Airmiles, now run by The Mileage Company after a restructure earlier this year, is launching a five-week campaign featuring its established animated characters. The activity is designed to communicate the simplicity of the Airmiles scheme and its free flights offer.

The digital component will highlight the other leisure activities that Airmiles can be used for.

The 21st anniversary concept was devised in-house but Partners Andrews Aldridge, Carat and Anotak are all involved in the wider campaign

The loyalty scheme is also offering members the chance to win 21,000 Airmiles, enough for two return flights from London to Australia. The prize draw is open from 12 October to 2 November for all members shopping through 21 specially chosen retailers on the Airmiles estore.

Any member who collects at least one Airmile through their purchase will automatically be entered into the prize draw. There are 21 runner-up prizes alongside the grand prize.

Airmiles has a number of collection partners, including Tesco and Lloyds TSB.

Digital UK, the body leading the process of digital TV switchover in the UK, has put its advertising account out to tender. 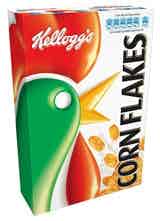 Kellogg’s is to appoint its first dedicated strategic digital staff as it creates “ambitious” digital plans within the company structure.