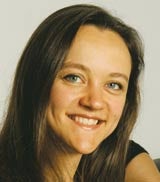 The AirMiles Travel Company has ended its hunt for a marketing director with the appointment of Telewest Broadband marketer Sarah Wood.

Wood takes up her position on May 9 and is currently head of consumer marketing and brand at Telewest Broadband, where her responsibilities have included overseeing the consumer division’s acquisition and loyalty marketing strategy. The former Procter &amp; Gamble marketer also led Telewest Broadband’s “triple play” repositioning as a broadband internet, digital television and telephone service provider.

At AirMiles, Wood will report to managing director Chris Jansen. Her appointment completes a recent overhaul of the senior management team. Jansen replaced former managing director Drew Thomson, who left the company after a failed management buy-out (MW May 27, 2004). Director of mileage partnerships Charles D’Oyly left the company after a restructure in December (MW December 16, 2004).

AirMiles launched its first TV advertising campaign featuring its brand partners, including Tesco, last month. The advertising was developed by Big Al’s Media Emporium, while media planning and buying was handled by Initiative Media. Both agencies were employed on a project basis.