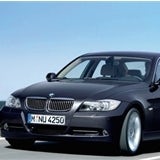 BMW is understood to have added two new agencies to its below-the-line roster, casting doubt on the future of its relationship with incumbent Archibald Ingall Stretton (AIS).

It is thought that Havas’ Euro RSCG KLP and Personal, which is part of the Engine group, have both created direct marketing campaigns for the car manufacturer in recent months.

By contrast, AIS, which was appointed to handle the business in 2002 (MW October 2, 2002), has produced very little work for BMW this year.

A spokesman for BMW denies it is about to part company with AIS, saying it uses a roster of agencies for its direct marketing activity. But previously AIS has been BMW’s main below-the-line agency.

BMW used the entire Engine group, which includes Personal and sales promotion agency Woo as well as BMW’s advertising agency WCRS, to create a campaign based around the film Mr and Mrs Smith earlier this year. Euro RSCG KLP has also created a brand campaign for the car manufacturer.

AIS creative partner Steve Stretton admits the agency has not produced much work for BMW so far this year but adds/ “We have got a new brief coming up and there is no chance that the account has left us.”

Personal and Euro RSCG KLP were unavailable for comment as Marketing Week went to press.