The Shanghai-based artist Xu Zhen is one of the most celebrated Chinese artists of our age. He operates in a variety of media, including video, sculpture and fine art. His work displays a deep interest in business; he appears at once charmed and horrified by commercial life. In recent years, he has become especially fascinated by supermarkets. Xu Zhen is interested, in part, in how lovely they can be.

Xu Zhen loves the alluring packaging, the abundance (the feel of lifting something off a shelf and seeing multiple versions of it waiting just behind) and the exquisite precision with which items are displayed. He particularly likes the claim of comprehensiveness that supermarkets implicitly make: the suggestion that they can, within their cavernous interiors, provide us with everything we could possibly need to thrive.

At the same time, Xu Zhen feels there’s something really quite wrong with supermarkets – and commercial life in general. The products they sell often aren’t the things we genuinely need. Despite the huge choice, what we require to thrive isn’t on offer. Meanwhile, the back-stories of the brightly coloured things on sale are often exploitative and dark. Everything has been carefully calculated to get us to spend more than we mean to. There’s cynicism throughout the system.

In response, the Chinese artist mocks supermarkets repeatedly. His work involves recreating, at very large scale, entire supermarkets in galleries and museums. The products in these supermarkets look real: you’re invited to pick them up, but then you find out they are empty;
as physically empty as Xu Zhen feels they are spiritually incomplete. His checkouts are similarly deceptive. They seem genuine: you scan your products at a high-tech counter, but you then get a receipt that turns out to be a fake; you have bought nothing of value.

The supermarket installation takes us on a journey. At first it is getting us to share the artist’s excitement around supermarkets and then it’s puncturing the illusion: it’s a giant deliberate let-down. It is highly significant that Xu Zhen’s critique of supermarkets is ironic. We tend to
get ironic around things that we feel disappointed by but don’t feel we will be able to change. It is a manoeuvre of disappointment stoically handled.

A lot of art is ironic in its critiques of capitalism; we have come to expect this. It mocks all that is wrong but has no alternatives to put forward. A kind of hollow, sad laughter seems the only fitting response to the compromises of commercial life.

Xu Zhen is trapped in the paradigm of what an artist does. A real artist, we have come to suppose – and the current ideology of the art world insists – couldn’t be enthusiastic about improving a supermarket. He or she could only mock from the sidelines. Nowadays, fortunately, we have loosened old, highly restrictive definitions of what a ‘real’ man or a ‘real’ woman might be like, but there remain comparably strict social taboos hemming in the idea of what a ‘real’ artist could be allowed to get up to. They can be as experimental and surprising as they like, unless they want to run a food shop, an airline or an energy corporation – at which point they cross a decisive boundary, fall from grace, lose their special status as artists and become the supposed polar opposites: mere business people.

How art can improve commerce

We should take Xu Zhen seriously, perhaps more seriously than he takes himself. Beneath the irony, he has the ambition to discover what an ideal supermarket might be like, how it might be a successful business and how capitalism could be reformed. Somewhere within his project, he carries a hope: that a corporation like a supermarket could be brought into line with the best values of art and assume psychological and spiritual importance inside the framework of commerce.

Thousands of miles away from Shanghai, in the flatlands of East Anglia in the north-eastern tip of Southern England, just outside of Norwich, lies a hugely impressive modern building completed in 1978 by the architect Norman Foster. The Sainsbury Centre for the Visual Arts is filled with some of the greatest works of contemporary art: here we find masterpieces by Henry Moore, Alberto Giacometti and Francis Bacon.

“Beneath the irony, artist Xu Zhen has the ambition to discover what an ideal supermarket might be like”

The collection is made possible thanks to the enormous wealth of the Sainsbury family, which owns and runs Britain’s second largest supermarket chain. Discounted shoulders of lamb, white bread and special three-for-two offers on tangerines have led to exquisite display cases containing Giacometti’s elongated, haunting figures and Barbara Hepworth’s hollowed-out ovaloids.

The gallery seems guided by values that are light years from any actual supermarket. It is intent on feeding the soul and the patrons and curators are deeply ambitious about the emotional and educational benefit of the experience: they want you to come out cleansed and improved.

From a very different direction, the Sainsbury family arrive at a strikingly similar conclusion to Xu Zhen. Art and supermarkets are essentially opposed. And like Xu Zhen, the Sainsburys are caught in an identity trap, though this is a very different one: the identity-trap of the philanthropist. The philanthropist has been imagined as a person who makes a lot of money in the brutish world of commerce, with all the normal expectations of maximising returns, squeezing wages and focusing on obvious opportunities – and then makes a clean break.

In their spare hours, they can devote their wealth to projects that are studiedly non-commercial: the patient collection of Roman coins, Islamic vases or modern sculptures. But the philanthropist knows that if they ever took an art-loving attitude to their businesses, they might suffer economic collapse. Instead of making big things happen in the real world, they would become mere artists who make little interesting things in the sheltered, subsidised world of the gallery.

The situation is strangely tantalising. The artist finds a little that is loveable and much that’s wrong around supermarkets, but can’t imagine running or bringing the ideals of art into action in one. The supermarket owners love art, but can’t imagine bringing their psychologically and aesthetically ambitious sides into focus in their business. These two parties are both like pioneers, at the edges of unexplored territory. There is a huge idea they are both circling round. The goal is a synthesis of business and art: a supermarket that was truly guided by the ideals of art, a capitalism that could be compatible with the higher values of humanity.

Up to now, we have collectively learned to admire the values of the arts (which can be summed up as a devotion to truth, beauty and goodness) in the special arena of galleries. But their more important application is in the general, daily fabric of our lives – the area that is currently dominated by an often depleted vision of commerce. It is a tragic polarisation: we encounter the values we need, but only in a rarefied setting, while we regard these values as alien to the circumstances in which we most need to meet them.

For most of history, artists have laboured to render a few square inches of canvas utterly perfect or to chisel a single block of stone into its most expressive form. Traditionally, the most common size for a work of art was between three and six feet across. And while artists have articulated their visions across such expanses, the large-scale projects have been given over wholesale to businesses and governments – which have generally operated with much lower ambitions. We are so familiar with this polarisation we regard it as if it were an inevitable fact of nature, rather than what it really is – a cultural and commercial failing.

Ideally, artists should absorb the best qualities of business and vice versa. Rather than seeing such qualities as opposed to what they stand for as artists or business people, they should see these as great enabling capacities, which help them fulfil their missions to the world. Xu Zhen will probably never get to build an airport, a marina, an old people’s home or a supermarket, but the ideal next version of him will. We should want to simultaneously raise and combine the ambitions of artists (to make the noblest concepts powerful in our lives) and of business (to serve us successfully).

Alain de Botton will be speaking at the Festival of Marketing, which is running on the 5 and 6 October at Tobacco Dock, London. For more information about the event, including how to book tickets, click here.

Being loud and blatant is not the only way to get consumers to listen. Sometimes a brand can stand out precisely because it is quiet, says author, business consultant and founder of The School of Life, Alain de Botton. 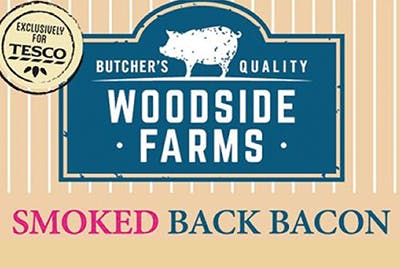 Coming up with a way to test and eliminate new ideas quickly and often – without damaging team morale – is one of the most important elements of creating an environment for marketing teams to thrive.