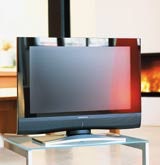 It is understood that the revamped brand will launch at a Berlin trade show in September. It is expected to include a full overhaul to give Grundig a more modern and international image. It also plans to focus on the simplicity of the product range and the technology used.

Grundig will advertise for the first time in several years, beginning with ads in the specialist and trade press this month and moving into the consumer press in August. In-store marketing activity will follow the relaunch.

In March, Alba appointed Hamburg-based Grabarz &amp; Partners to its global advertising account. Grabarz, which handles Ikea and Volkswagen in Germany, pitched against four agencies, including McCann Erickson Frankfurt, to win the business.

The company has briefed the agency to create a new image for Grundig that will improve its standing across Europe. The brand has suffered in recent times from a lack of investment in both product and advertising.