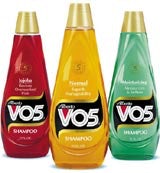 Alberto-Culver, the haircare and skincare company, is to enter the UK soap market for the first time this year.

According to an industry expert, the launch of Alberto soap will be the “first major innovation in the soap market for a long time.” The soap, which will be aimed at housewives, is expected to be supported by a multi-million pound campaign created by Euro RSCG Wnek Gosper.

Alberto already manufactures a liquid hand soap in the rest of Europe called Bliw. In the UK, Alberto soap will be available in a 150ml pack with the recommended retail price of &£1.59. The three variants include citrus sunshine, sun-kissed raspberry and free-me freesia.

The launch will be second in the series of activities planned for this year by Alberto-Culver. The company recently announced the revamp of its flagship VO5 haircare range, with an estimated &£10m marketing and advertising spend (MW last week). The revamp includes new packaging and new VO5 shampoo and conditioner fragrances, which will be on the shelves in July.

The company also owns the St Ives skincare range, which it bought from St Ives Laboratories six years ago.

Channel 5 is cleaning up its act in an effort to become a channel of choice. But it badly needs funds to buy better programming.

Cider brand Strongbow is parting company with long-time advertising front-man Johnny Vaughan and refocusing on the product’s benefits in a £10m campaign set to break this summer. The campaign, created by Bulmers’ agency TBWA/London, will feature Strongbow’s “refreshment and taste qualities”. Vaughan has appeared in Strongbow’s advertising since May 1998, when the first “Strongbow. Live […]

Delegates at the recent Television Matters conference were surprised to find themselves being entertained by a virtual Chris Tarrant. The Capital Radio DJ and host of the conference couldn’t make the beginning of the conference, so Max Headroom-style video segments were created to fill in for him while he made his way to the venue. […]