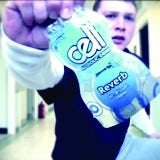 The campaign for the new vodka-based brand focused on its non-spill packaging via three YouTube ads, which also appeared on the brand’s Facebook page.

One ad showed Shieff free-running and jumping over buildings and break-dancing while holding the product.

Complainants challenged the campaign for including the 23-year-old Shieff when the Advertising Code says that under 25s should not be associated with drinking. They also said the woman raver looked under 25.

They also claimed the campaign was irresponsible because it associated alcohol “with bravado and dangerous behaviour” and also implied the drink could enhance physical capabilities.

There were concerns that the ad had particular appeal to under 18s.

Cell Drinks, which launched the product in March, said the campaign focused on the non-spill functionality of the packaging and there was no reference to taste or how it might make a drinker “feel”.

The company agreed Shieff was 23 but said there was no indication in the ad that he had drunk or was about to drink a Cell Drink and the pack unopened.

It said that as the target audience was 18-25-years-old, it meant the ad was likely to have some allure to under 18s and added that the majority of Youtube viewing came via its age-gated Facebook page.

However, the Advertising Standards Authority (ASA) ruled the ad in breach of the code on a number of points.

It said that it was irreposnsible because both Schieff and the female raver were under 25 and they were clearly the focus of their respective ads. The ASA added that the Schieff ad “made a clear association between an alcoholic product and potentially dangerous, extreme moves”.

It also said that the “comical, mischievous” tone of the rocker and raver ads, together with the music would appeal to young people.

It cleared the campaign of suggesting Cell Drink could actually enhance athletic performance.

Our panel of experts debate how social media and other digital channels can help brands personalise their communication strategies and achieve greater levels of consumer engagement. 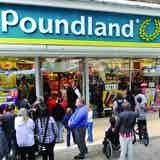 Discount retailer Poundland is expanding into Europe to build on its UK success during the recession. 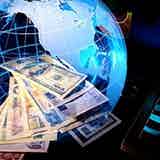