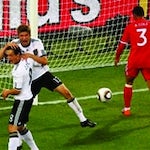 The response was prompted by an Alcohol Concern study that claimed to show that over a million children between 4 and 15-years old were exposed to alcohol ads during live England games shown on ITV during this year’s World Cup.

Alcohol Concern chief executive, Don Shenker, says that report is evidence that “alcohol producers and advertising regulators are clearly not taking their responsibilities seriously enough”, adding that “only a watershed ban on TV and an internet ban will prevent the vast majority of children from being exposed to alcohol marketing.”

David Poley, chief executive of alcohol industry body The Portman Group, says that the current restrictions on marketing alcohol to children are “effective and proportionate.”

“Alcohol marketing in the UK is strictly regulated to ensure it is responsible and aimed at adults. Advertising of alcohol on TV is not allowed if the proportion of under-18s in the audience rises to a certain level. One cannot eliminate under-18s from the audience altogether without imposing a total advertising ban,” he says.

“There is very little evidence to suggest that children’s exposure to alcohol marketing is associated with either the onset of drinking or amount consumed,” he adds.

In a separate study of eighty 11 to 18-year-olds in the East Midlands, London and the North West carried out this summer, Alcohol Concern claimed to find that on average children were exposed to the equivalent of four alcohol adverts in the course of one day or the equivalent of 1,600 per year. 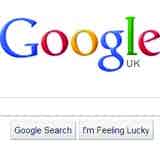 Mobile search on Google grew 76% during the first three quarters of 2010 and overtook Bing in terms search volume, according to research from digital agency Latitude.