The Advertising Standards Authority (ASA) had received 19 complaints, including from German discounter Aldi, after two separate ads were run by Morrisons promoting the scheme.

The first was a TV ad featuring Ant and Dec, which claimed that the card ensured Morrisons could price match its big four supermarket rivals as well as Aldi and Lidl. It briefly outlined the process – which saw prices matched at Asda.com, Tesco.com, Sainsburys.co.uk and in store at Aldi and Lidl.

The second ad was a regional newspaper listing that boasted: “It’s not just on brands. Morrisons will price match your comparable grocery shopping across brands, own label products and fresh food.”

In response to the complaint, Morrisons argued that the ads were not subject to the verifiability requirement because they did not contain a direct price comparison and that the information on its website provided consumers with a clear and easily understood methodology. However, the complaint was upheld by the ASA.

The ASA spokesman says: “For a comparison to be considered verifiable advertisers should make available to consumers (and competitors) enough information about the comparison to understand it and include a signpost in the ad to that information, where necessary.

We acknowledged that the ads promoted the price-match scheme in general and did not themselves contain specific savings claims or reference specific products. However, they were nonetheless subject to the requirement that the comparative element of the ad was verifiable.”

The ASA has told Morrisons “not to repeat the two ads” until they offer a sufficient method to verify the references to the price-match scheme.

Contrasting reactions from Aldi and Morrisons

Following the initial complaints last year, both Aldi and Lidl mocked the “confusing complexity” of Morrisons’ Match and More with full page adverts in the national newspapers.

“We are pleased with the ASA’s decision to instruct Morrisons not to run the Match & More adverts again in their current form,” he says.

“Our own analysis shows that Match & More did not price match Aldi and in our view complex price promotions and price matching schemes of this nature are confusing, are not transparent and do not serve the best interests of consumers.”

However Morrisons insists that the ASA has largely dismissed Aldi’s challenge.

Four out of five complaints were rejected including one which questioned the validity of the comparisons method used to match products and price, with the ASA arguing that “Morrisons did not give a misleading impression of how the price match scheme worked.”

“The decision by the ASA confirms the integrity of our price matching against our competitors including Aldi,” he says.

Since the investigation started in October 2014, Morrisons claims it has worked to make Match and More information “even clearer” on its website.” 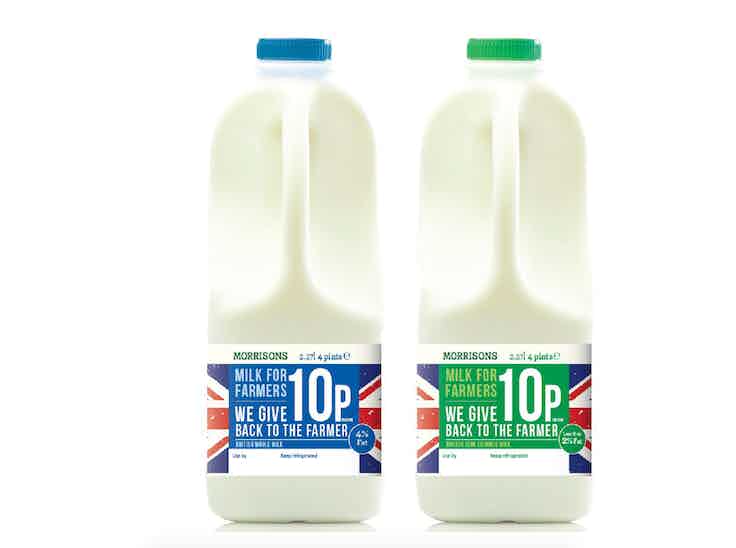 Morrisons says it has launched a new milk brand that will give money directly to farmers in response to comments from its customers on social media and in its focus groups.