Aldi has had a stellar year. Not only is it growing at a faster pace than any of its supermarket rivals, it has just usurped Morrisons to claim a coveted spot as one of the UK’s ‘big four’ grocers.

It’s no mean feat in what is a fiercely competitive category, but the discounter’s unwavering focus on value and customers is resonating – perhaps now more than ever given the cost of living crisis – and has led to a sustained period of success.

Aldi brought on board an extra 1.5 million customers in the 12 weeks to 4 September as squeezed shoppers look to manage spend, taking its total customer base to 14.2 million. Indeed the percentage of households shopping at Aldi increased to 65% during the period, making it Britain’s third most popular supermarket.

This helped Aldi become the fastest growing supermarket in the 12 weeks to 30 October, increasing sales by a staggering 22.7% compared to a year prior, according to data from Kantar. Aldi now has a market share of 9.2%, up from 7.9% last year.

Despite rocketing costs and the worst inflation in 40 years, Aldi has committed to keeping prices low and in October was named the UK’s cheapest supermarket by Which?. This consistency and commitment to low prices has bolstered the brand’s value at a time when many consumers are struggling to make ends meet. Indeed, Aldi’s brand value shot up by 20% to $21bn (£18bn) last year, according to Kantar, making way for its return to the BrandZ Top 100 most valuable brands list.

To top off what has already been a memorable year, Aldi has been named Brand of the Year at the 2022 Marketing Week Awards, fighting off tough competition from Boots, Channel 4, LinkedIn, Sage and Starling Bank to take home the coveted prize.

And while some might say Aldi has simply been in the right place at the right time to take advantage of the current economic crisis, that would be doing the brand a disservice.

Committed to ongoing expansion, Aldi has been investing heavily in its stores and people to drive this growth. The brand plans to open 16 new stores before the year is out, taking its total UK estate to 986. It has also outlined a £1.3bn plan to expand and relocate dozens of existing stores, while beefing up its network of distribution centres and technology infrastructure, which will create more than 6,000 new jobs.

But its investment is not limited to stores and people. Aldi has also been tirelessly devoted to building its brand, positioning the supermarket not only as the home of cheap groceries, but somewhere that offers true value and quality, with a big focus on its support of British produce.

The effectiveness of Kevin, proven by our business performance and award wins over the years, has shown this consistency has paid off.

A large portion of the products it sells are sourced from the UK, including all meat and milk, while more than 40% of its fruit and veg is also British. This commitment to British farmers and producers has worked to boost consumers’ perceptions of quality, helping the supermarket compete on more than price alone.

“Our belief is that everyone should have access to good quality food at low prices, regardless of their income,” Adam Zavalis, marketing director at Aldi UK, tells Marketing Week. “In the UK, we’ve communicated that story in a way which is relevant to the British customer, demonstrating our support for British-based suppliers and using the benefits of our business model to democratise affordable healthy eating for all.”

This focus on health and wellness also plays out through Aldi’s sponsorship of Team GB and ParalympicsGB – again helping to reinforce its position on quality. The supermarket has been a partner since 2015, recently extending its commitment to 2025. As part of its role as official supermarket partner, Aldi provides monthly shopping vouchers to every member of the team.

Via its Get Set to Eat Fresh education initiative, it has also helped more than 2 million children aged five to 14 learn about the benefits of cooking fresh, healthy food. Having surpassed this goal, Aldi now has a new target to reach 3 million kids by 2024.

Perhaps the turning point for the brand was the launch of its long-running ‘Like Brands, Only Cheaper’ campaign in 2011. The first ad featured an elderly woman comparing a box of PG Tips with Aldi’s own brand before declaring she prefers gin.

It was part of a series of equally witty ads, each of which tried to convince the nation that Aldi’s alternatives were just as good, if not better, than the well known names.

Like Brands was crowned ad of the decade in a survey conducted by Marketing Week and YouGov based on the top campaigns of the 2010s. Almost two-thirds (62%) of consumers remembered the campaign, 84% linked it to Aldi and 30% said it was the best campaign of the decade. With nearly a third of the vote, Aldi saw off stiff competition from the likes of Channel 4’s ‘Superhumans’, which came second with 14% of consumers saying it was their favourite campaign.Inside the campaign of the decade: Aldi’s ‘Like Brands, Only Cheaper’

The Like Brands series also paved the way for some more creativity, with Aldi’s Christmas marketing activity in particular helping to shift the dial in recent years.

Its long-running series starring Kevin the Carrot kicked off in 2016 and has helped elevate Aldi, connecting the supermarket with the biggest, most indulgent food shopping occasion of the year.

Over the past six years Kevin has embarked on ever-more elaborate escapades. Viewers have seen him fall in love with Katie, come up against an angry mob of brussels sprouts, star alongside Ebanana Scrooge in a reimagining of A Christmas Carol and get left Home Alone just like his namesake from the 1990 film.

Prior to 2016 Aldi had not gone big on Christmas, and at the time Zavalis says the supermarket “wanted to find a way to emotionally engage customers” but in a way that was “modest and distinctly us”.

“Along came a three-inch humble carrot and from the first consumer groups we could see we had something very special,” he recalls.

Despite the positive feedback, he still describes the campaign as being “a leap of faith”, but says with the backing of the business “Kevin and his adventures have gone from strength to strength over the subsequent years”.

Aldi saw an immediate boost, with the first execution helping it attract 1 million new customers, leading to a 15.1% sales increase. More recently, Kevin helped the supermarket achieve its “best ever” Christmas sales in 2021. Indeed, it was the only major grocer to grow its sales last December, according to Kantar.

Our belief is that everyone should have access to good quality food at low prices, regardless of their income.

Aldi’s A Christmas Carrot adaptation was also the most effective festive campaign of last year, ranking highest of the 24 ads tested, with Kantar finding it to be the most festive, enjoyable, distinctive and meaningful ad of the season.

“The effectiveness of Kevin, proven by our business performance and award wins over the years, has shown that this consistency has paid off and with the constant evolution of the story, he has really captured the hearts and minds of consumers,” adds Zavalis.

Winning over the public

This tongue-in-cheek persona is not limited to big budget ads, with Aldi’s tone of voice on social equally playful and popular. Last year, the supermarket was taken to court by rival Marks & Spencer, which claimed the discounter’s Cuthbert the Caterpillar cake infringed the trademark on its Colin the Caterpillar. While the lawyers battled it out in the court room, Aldi took to social to get the nation on its side. 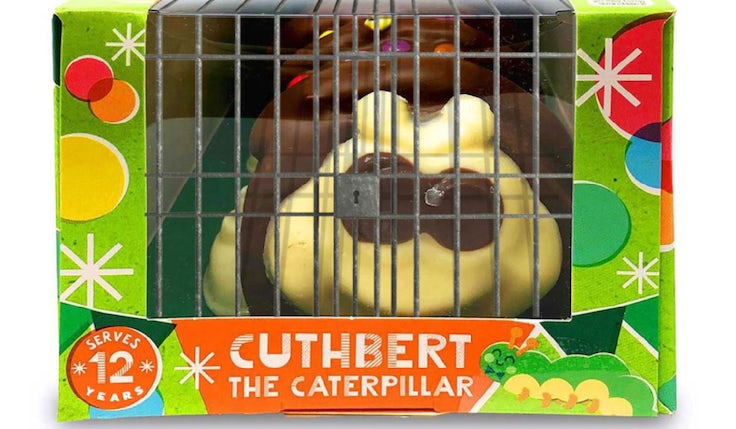 Riffing off its adversary’s famous tagline, Aldi posted a picture of Cuthbert behind bars alongside the caption ‘This is not just any court case, this is…#FreeCuthbert’.

The series of #FreeCuthbert tweets that followed meant that within a few hours Aldi was trending at number one on Twitter and the clash of the caterpillar cakes was being discussed in the national news, generating more than 1,400 pieces of written coverage alone. So strongly did people feel in support of the veritable underdog, that Cuthbert fans even protested outside M&S.

According to Aldi’s data, the campaign triggered a 6.8% rise in its purchase consideration. The supermarket also grew its Twitter following by 30%, reached more than 35 million people on Facebook and achieved a 15% engagement rate on social.

All this and more makes Aldi a worthy winner of the Brand of the Year accolade.

From unseating Morrisons to become a ‘big four’ supermarket to claiming its place in BrandZ’s Top 100, Marketing Week’s Brand of the Year has had a year to remember. 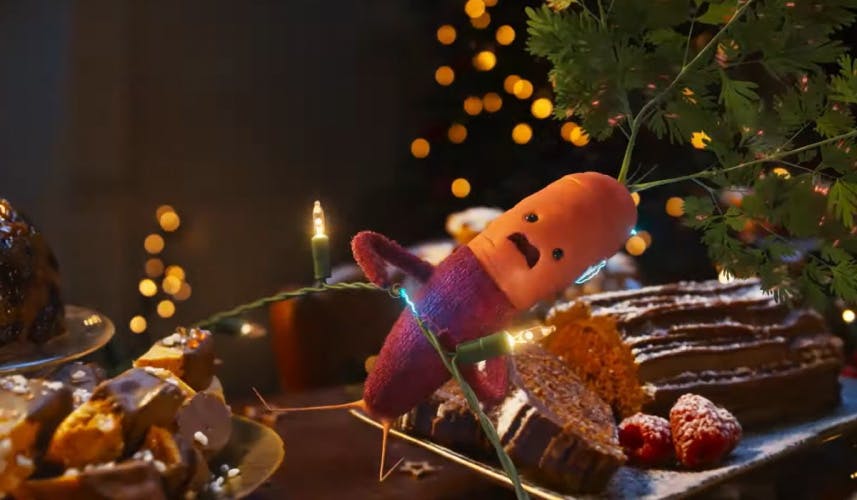 Created with agency McCann UK, the 90-second ad picks up where Aldi’s teaser ad ‘Feast of Football’ left off earlier this week.